For most of us who live in developed nations, the taps in our homes bring potable water right to our cups. But if you or your family has the habit of drinking water direct from the tap without additional filtering, then there is mounting evidence to make you reconsider such a routine. 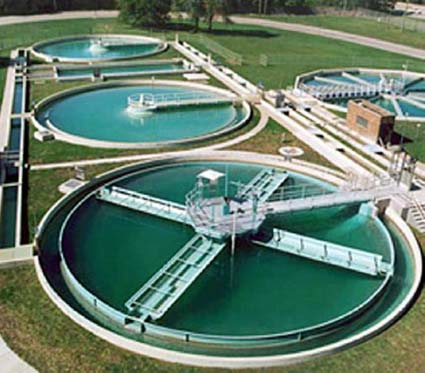 In a United States Geological Survey (USGS) study conducted last year, it was revealed that low levels of certain man-made chemicals remain in drinking water supplies even after the necessary treatment processes.

Details and Findings of Study

For the study, water samples were examined for the presence of about 260 commonly used chemicals. To obtain a nationally representative sample of water systems across the US, water from nine sites in Colorado, Georgia, Indiana, Maryland, Massachusetts, Nevada, North Carolina, Oregon and Texas were tested.

Some 130 different chemicals, which include pesticides, gasoline hydrocarbons, household-use products and solvents, were found in rivers and streams before cleanup at public water treatment plants.

The assumption many of us would have is that the water treatment process would remove most, if not all, of these chemicals. That, however, as found by the study, is quite far from the truth, as about two out of every three of the 130 chemicals remained in the water post-treatment. According to the study team, many of these substances were concentrated at levels roughly equal to one thimble of water in an Olympic-sized swimming pool.

The study report said that most of the detected concentrations of the various chemicals were below levels which would harm humans. But that is hardly a reassuring assertion, considering that these chemicals have not been proven to be safe, but are instead assumed to be not that dangerous due to lack of information.

“We are concerned that they have been detected, but at this point there is insufficient information to really judge anything. Because there are no standards set for most of the compounds, there isn`t a basis for whether there is a health effect,” said Tom Schrempp, director of production at Water District No. 1 of Johnson County.

“Most of the man-made chemicals assessed in the USGS study are unregulated in drinking water and not required to be monitored or removed,” Tom Jacobus, general manager of the Washington, D.C., Aqueduct, which was one of the water systems assessed in the study, also said.

The fact that many of these manufactured chemicals are not even regulated by authorities should be raising alarm bells in the consumer, in particular because many things which were once assumed to be safe were one day shown to have undesirable effects. The example of E. coli, a type of bacteria, was raised by Ken Midkiff, a water-quality expert. According to him, E. coli in water was not regulated before 1980. “What is deemed as harmless today may be viewed as toxic in the future,” he said.

And the greater danger lies in the potential synergistic effects, but in a negative sense, that these chemicals could have. “The biggest concern is the stew effect. Trace amounts of this mixed with trace amounts of that can equal what? We don`t know,” said Scott Dye, director of Sierra Club`s Water Sentinel program. This is something which the study report noted, and further research is definitely necessary.

What We Can Do

In the meantime, do you want to continue taking chances? If you have not already done so, installing a water filter in your home, or getting a water distiller, would be a great and possibly essential idea. Many agree that distilled water and reverse osmosis (RO) water are two of the best types of pure water drinking.

In addition, one more lesson for us is the environmental impact we can have when we dump chemicals down drains and toilets. Water treatment does not seem to be able to remove all of these substances, and many of them linger in the environment, for goodness knows how long.

“This is really a learning moment for folks. We all need to work harder on what`s going into wastewater, because these things are persistent in the environment,” said Dye.

Possible measure we can take? Start using all-natural soaps, shampoos, detergents and other agents in place of the toxic commercial ones which most people use. Doing so will not only safeguard our wellbeing, but the health of Mother Earth too.