Over half of China’s water polluted beyond drinkability

More than half the water in China is so polluted as to be undrinkable, and nearly a quarter is so toxic that it is unsafe for even industrial use, according to the latest survey by the country’s Ministry of Environmental Protection. 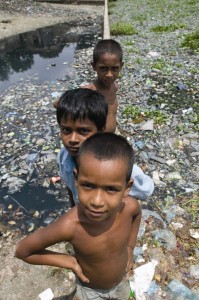 The ministry divides water safety into six categories, the first three of which are safe for drinking and bathing. Samples taken from all of China’s major rivers and lakes in the first half of 2010 show that the percentage of water in categories I-III increased to 49.3 percent from 48 percent in 2009. Another 26.4 percent of China’s water is considered safe for agricultural and industrial uses (categories IV and V). The remaining 24.3 percent falls into category VI, unsafe for any use.

Yet the ministry reports that the 102 environmental accidents in the first half of 2010 mark a 98 percent increase over 2009, which had a total of 172 accidents in the entire year. Air pollution has worsened as well.

Although China’s pollution problem has become infamous worldwide, many analysts note that this pollution is a direct consequence of China’s industrial development, largely to produce items for consumption in wealthier countries.

“The level of pollution, along with the indiscriminate use of [genetically modified organisms] and of agricultural practices so noxious that they are banned in every other part of the world, show an aspect of Chinese development that few seem to take into consideration — the same problems that we used to have in the West, except that in China they are happening now and far more quickly,” writes Carlo Petrini in his book Slow Food Nation.