Using Seawater in Agriculture and Its Significance for Human Survival

The general public is slowly becoming aware of some of the health benefits of antioxidants. Health-conscious individuals have known about their many benefits, which include the ability to fight cancer and heart disease, for a long time now. The good news is that according to a new study by a group of Italian scientists published in the ACS Journal of Agricultural and Food Chemistry, irrigating cherry tomatoes with diluted seawater was shown to actually increase their level of antioxidants. 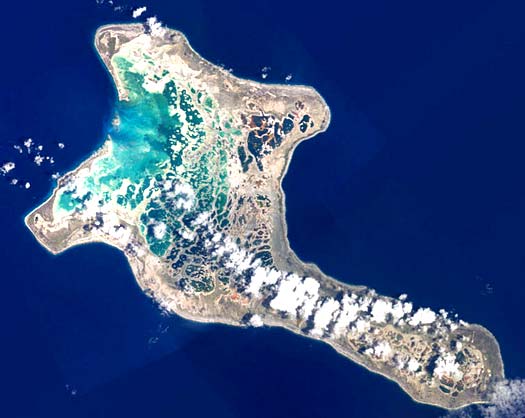 Some people may be thinking that this news isn’t such a big deal, but nothing could be further from the truth. Right now, the world is facing an unprecedented global water shortage. According to a report from the United Nations Educational Scientific and Cultural Organization (UNESCO), 70% of the world’s freshwater supply is used in irrigation.

According to the report, demands on freshwater ecosystems are being seriously impacted by human population growth and burgeoning worldwide economic activities. The report notes that water withdrawals “have increased six-fold since the 1900s, which is twice the rate of population growth.” Being able to use seawater to irrigate crops could mean the difference between life and death for many people.

It might be difficult for certain individuals to see the big picture concerning the health of the planet when they are clearly unaware of how to conquer their own personal health challenges. Could it be that they also don’t know about the amazing research done by Dr. Robert Cutler which suggests that antioxidants may, in fact, be longevity determinants? To put that in really simple terms that anyone can understand, Cutler’s work has repeatedly shown evidence that the more antioxidants you have in your body, the longer you will live. It’s that basic. (Obviously, don’t walk out in front of any cars — this refers to potential longevity here.)

This is one reason why many consumer health advocates have made it a life mission to spread this kind of information. The health benefits of antioxidants have turned up in study after study, but how many doctors actually sit down with their patients and emphasize their importance in terms of health and longevity? Sadly, there are way too many doctors who don’t inform their patients about the power of foods to prevent (and sometimes even cure) disease despite the fact that this stuff is constantly being reported every month in countless peer-reviewed medical journals.

Incidentally, the Italian scientists that conducted the study using diluted seawater and cherry tomatoes aren’t the first ones to study using seawater to grow more nutritious plants. In 1976, a man named Dr. Maynard Murray published an outstanding book called Sea Energy Agriculture. Dr. Murray wanted to find out why sea life, both animal and vegetable, was healthier than life on land. In his book, he gives an example about how when one compares the cells of a baby whale to an adult whale, the cells don’t show the evidence of the chemical changes that one sees when comparing the cells of newborn and adult land mammals. It was his belief that the reason for the absence of chronic diseases in fish and animal life is due to the fact that the ocean has the perfect balance of trace mineral elements required for the optimal health of both land and sea creatures. He even did experiments where he fed animals plants that had been fertilized with solids made with evaporated seawater and found that those animals were far healthier and lived longer than animals that were fed in the traditional way.

It is a well-known fact that foods grown in the nutrient-depleted soils today have greatly diminished nutritional value, and it is imperative to find a way to restore the minerals to the soil that are lost through erosion and other means. With a worldwide water shortage looming ahead, it is also important to figure out how to harness the amazing power of seawater to irrigate crops. This is why research that finds ways to both conserve water and create more nutritious foods must not be ignored if man is to continue to inhabit the earth.