As the United States becomes a nation of 300 million, the country’s older cities face the reality of overpopulation, crumbling infrastructures, and the health concerns raised by both, especially those related to the availability of fresh water.

Eric Goldstein, a spokesman for the Natural Resources Defense Council, has stated that the water distribution systems of cities such as Chicago, Denver, Philadelphia and New York are in urgent need of repair. 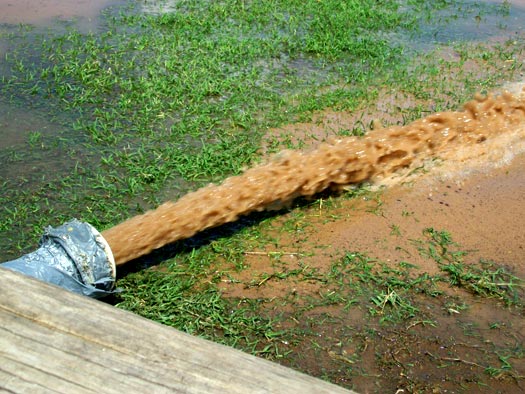 The antiquated water delivery systems in these cities are comprised of nearly 1 million miles of piping, mostly made of iron. As the iron pipes corrode, clean water flowing through them becomes contaminated with rust. Over time the pipes also rupture, causing not only water loss, but the introduction of pollutants and diseases from the ground.

“Investigations conducted in the last five years suggest that a substantial proportion of waterborne disease outbreaks, both microbial and chemical, are attributable to problems within distribution systems,” said the National Research Council in a report released in December for the Environmental Protection Agency.

There are 170,000 public water distribution systems at work nationwide, and municipalities spend more than $50 million each year to supply clean drinking water in accordance with the Safe Drinking Water Act of 1974.

“If you clean up water and then put it into a dirty pipe, there’s not much point,” said Montana State University microbiologist and water research scientist, Timothy Ford. “I consider the distribution system to be the highest risk and the greatest problem we are going to be facing in the future,” said Ford.

Jack Hossbuhr, executive director of the American Water Works Association, estimates that the cost of replacing existing pipelines over the next 20 to 30 years is going to cost water utility companies some $250 to $350 billion.

Some critics of current water delivery techniques feel that replacing the infrastructure is not a total solution.

“I advise everyone to avoid drinking water from the tap, no matter how clean the city claims it to be,” said consumer health advocate Mike Adams. “Even when cities claim their water is clean, they may still add toxic fluoride chemicals and chlorine, which we know promotes bladder cancer. Filtering your water is crucial for protecting your health.”