Using public transport on hot summer days can be a nuisance, as can waiting for a fan or an A/C technician to arrive. But we are not the only ones not adapted for unusually long periods of heat. Nature’s creatures of temperate latitudes suffer from the sweltering summers even more.

The severe heat waves of the summer of 2010 took their toll across the Northern Hemisphere. While people in Russia tackled a spate of forest fires, the Mediterranean was invaded by the poisonous jellyfish Rhopilema nomadica Galil. The largest concentration of these sinister creatures was registered off the coast of Israel. New species of toxic jellyfish were discovered in the Black Sea off the Turkish and Bulgarian coasts. Poisonous jellyfish were also found off the Ussuri coast in the Sea of Japan, where over a hundred people were stung by highly venomous jellyfish Gonionemus vertens in the Russian town of Artyom.

The reason for the abnormal heat is global warming, due to which the average temperature of the Oceans is rising gradually year after year.

During the summer of 2010 the water of many seas, lakes and rivers came to resemble a fish soup. The hotter it got, the thicker this soup was – made of fish killed by high temperatures and lack of oxygen.

For example, some areas of the Baltic Sea were transformed into stickleback soup. Sticklebacks, a tiny fish that inhabits the Baltic Sea, do not survive when the water temperature rises above 24 degrees Celsius. The largest concentration of dead sticklebacks was registered off the Tallinn coast of the Baltic Sea (Estonia), while many of the city’s inhabitants, driven to the sea by the higher than average temperatures, continued to swim and bathe in the “soup”.

Something similar occurred in the Sea of Azov, but the soup there consisted of dead gobies. To reduce the loss of fish, local ecological inspectors allowed a massive harvest of gobies. However, some experts claimed that poachers were selling dead fish as freshly caught.

The Kostroma region of Russia lost tons of trout and sturgeon. A lot of aquarium fish died in homes, offices and animal markets throughout Europe.
The blue-green plague

Heat is one of essential conditions for extensive blue-green algae growth. This toxic seaweed, which is widespread in the Baltic, poses a major threat to marine flora and fauna. 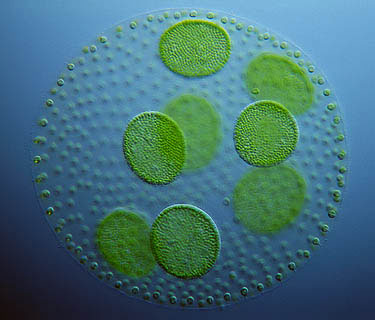 “Due to gigantic areas covered by the algae, the oxygen is not reaching the lower water layers”, explains Jochen Lamp, head of the WWF Baltic Office. “Plants are the first to die, then go fish species and animals, which don’t receive enough nutrition. Thus, oxygen-free dead zones at the seabed spread to cover vast areas”.

These algae are poisonous for humans as well. The blue-green algae produce a toxic metabolite that, if swallowed by a swimmer, may cause severe poisoning or even death.

Some experts say though, that toxicity of the blue-green algae bloom zones is overstated. “Cyanobacteria are not good for the health, but in order to get poisoned a person has to swallow a large quantity of water containing the algae”, claim experts at the Botanical Institute of the Russian Academy of Sciences.

According to the WWF, in 2010 the blue-green algae occupied a territory of 377 square meters, spreading from Finland to Rügen Island in Germany and Bornholm Island in Denmark. It was the largest blue-green algae bloom since 2005.