Water: Working Together on River Management

Postwar Angola is keen to expand irrigation for much-needed development, Namibia is prioritising clean drinking water and sanitation, while Botswana wants to preserve the integrity of the world-renowned Okavango Delta for tourism. 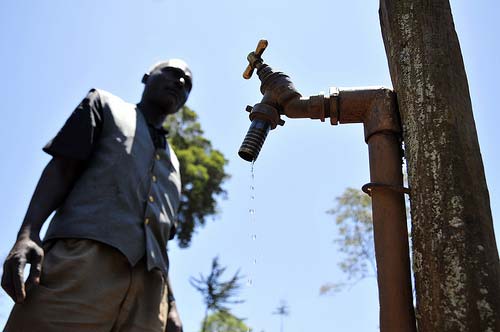 All three depend on an equitable share of quality water from the Okavango River, the fourth largest in Africa, running 1,600 kilometres from Angola to its inland delta in Botswana.

In other parts of the world, conflicting interests like these, against a backdrop of uncertainty due to climate change, have led several observers to predict water wars might lead to water wars. But the three countries are putting in place a cross-border plan to manage the river.

A trans-boundary diagnostic analysis of the basin led to a strategic action plan which encompasses national priorities. To this end National Action Plans (NAPs) are currently being formulated in the three countries.

‘The realisation has dawned that issues in the basin are much larger than just the river that runs through it,’ says Steve Johnson head of the USAID funded Southern African Regional Program (SAREP) that facilitates the NAPs.

‘The topics range from trans-boundary management to biodiversity aspects, to water supply and sanitation, livelihoods, flood preparedness and HIV/AIDS,’ he said.

‘Livelihood strategies are critical and we have to look at diversifying economic opportunities, such as promoting tourism where realistic. It’s a challenging process, a balancing act to find equilibrium between the different needs of the three countries,’ says Ebenizãrio Chonguiça, executive secretary the Permanent Okavango River Basin Water Commission (OKACOM) that coordinates the trans-boundary river management.

‘Angola is pursuing a much needed development agenda after the war, where other countries are perhaps looking at building on the existing benefits’ says USAID regional environmental program manager Steve Horn. ‘The challenge is to establish a constructive dialogue within a science-based decision framework.’

Of the 15 river basins in the Southern African Development Community (SADC) OKACOM is a pioneer in establishing a common understanding on sharing benefits. Rather than being a top-down institution, it evolved from informal cooperation between the countries into a commission with more authority.

‘What use of the river constitutes the best return on investment?’ asks Chonguiça. ‘Is it agriculture? Is it tourism? How do we convert the river’s capital into improving living conditions for the people?

‘Feasibility studies based on the best available technology have to answer these questions. Whatever the national needs are, water supply and sanitation and ecosystem integrity have to be leading in this quest.’

There will be trade-offs in this process, says Johnson. ‘If a country wants to start projects that might negatively impact downstream there should be some kind of compensating mechanism.’

A unique process of community consultation underlies planning. Consultants went into villages and asked the people to tell them what the river meant for their daily lives. ‘It became clear that water supply and sanitation and early warning systems for floods were the most important issues for communities. Especially with the flood-prone character of the basin,’ says Johnson.

The people living along the banks of the Okavango River in Angola, Namibia and Botswana are among the poorest in all three countries.

Part of the trans-boundary decision-making process will be a dynamic decision support system that accurately supplies data on conditions of the basin at any given point in the season.

Johnson: ‘Good data needs to be available to correctly evaluate the resource that the river offers. This system, consisting of a number of databases, would recommend a course of action to SADC on projects that countries want to start. This of course, without duplicating efforts that are already in place.’

As an example he points to Namibian hydrologists that have secured access to NASA satellite images which they use to warn the region about impending floods.

Towards the end of March, according to Laura Namene of the Namibian Department of Water Affairs, the three countries will meet in Maun, Botswana, to harmonise the national priorities in an overall strategic plan for the basin.

‘The point is to develop a common understanding of the conditions in the basin as a whole,’ says Chonguiça.