Civil engineers at the University of Washington and the U.S. Army Corps of Engineers’ Seattle office have taken a first look at how dams in the Columbia River basin, the nation’s largest hydropower system, could be managed for a different climate. 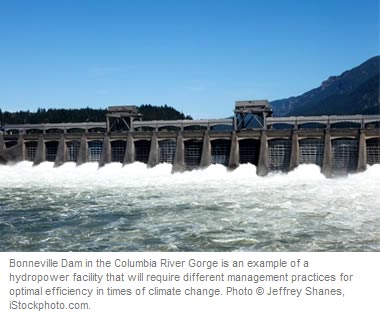 They developed a new technique to determine when to empty reservoirs in the winter for flood control and when to refill them in the spring to provide storage for the coming year. Computer simulations showed that switching to the new management system under a warmer future climate would lessen summer losses in hydropower due to climate change by about a quarter. It would also bolster flows for fish by filling reservoirs more reliably. At the same time the approach reduced the risk of flooding. The findings are published in the Journal of Water Resources Planning and Management.

“There are anticipated dramatic changes in the snowpack which ultimately will affect when the water comes into the Columbia’s reservoirs,” said co-author Alan Hamlet, a UW research assistant professor of civil and environmental engineering who works in the UW’s Climate Impacts Group. “We were trying to develop new tools and procedures for changing flood control operating rules in response to these changes in hydrology, and to test how well they work in practice.”

“Changes in flood control operations constitute only one climate-change adaptation strategy,” Hamlet added, “but our study shows that incorporating climate change in flood management plans can improve the performance of existing water systems in future climates.”

Predicted hydrologic changes for the Pacific Northwest, and other mountain regions, include less springtime snowpack, earlier snow melt, earlier peaks in river flow and lower summer flows. Water managers currently use a system based on historical stream-flow records to gauge when to open and close the floodgates as part of a legally binding system that seeks to balance hydropower generation, flood risks, irrigation and other needs between regions.

The authors created a computer program that uses long-term forecasts rather than historical records to recalculate when to begin filling and emptying the major storage reservoirs in the Columbia River basin in a warmer climate. They compared historical conditions with a scenario where temperatures are 2 degrees Celsius higher on average than today, a change expected in the Pacific Northwest by the second half of this century.

The simulations suggested water managers could successfully deal with warmer conditions by refilling the system’s reservoirs as much as one month earlier in the spring.

“For some locations, due to the reduced snowpack and spring peak flow we don’t need to worry as much about the floods during the springtime,” said lead author Se-Yeun Lee, who did the work for her doctorate at the UW and is now a UW postdoctoral researcher. “With reduced flood risk we can release less water and refill earlier. As a result we can supply more hydropower in summer and more storage for other needs like fish flows.” 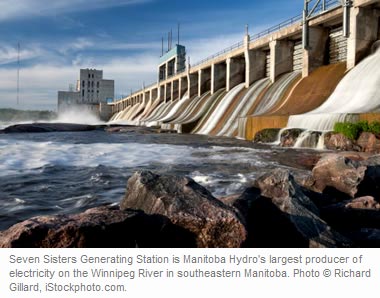 The project aims to help regional water managers develop methods to deal with changes in the hydrological cycle.

“In talking to water resource managers, they often feel stymied because currently there are no established analytical procedures that can be used to rebalance their system for a different climate,” Hamlet said. “They see the problem, but the tools to deal with the problem are not in place.”

It likely will be years before these management practices are formally changed, the authors said, but this study is a first step in that direction.

“We need to develop the tools to be able to handle a changing climate now, so we’re not rushing when it becomes a problem,” said co-author Stephen Burges, a UW professor of civil and environmental engineering.

Carolyn Fitzgerald, a UW graduate who is now at the U.S. Army Corps of Engineers in Seattle, also is a co-author. Research funding was provided by the UW Climate Impacts Group.