Most Coastal Wetlands Worldwide Could Disappear This Century

Coastal Wetlands are at Greater Risk

Many coastal wetlands worldwide – including several on the U.S. Atlantic coast – may be more sensitive than previously thought to climate change and sea-level rise projections for the 21st century. 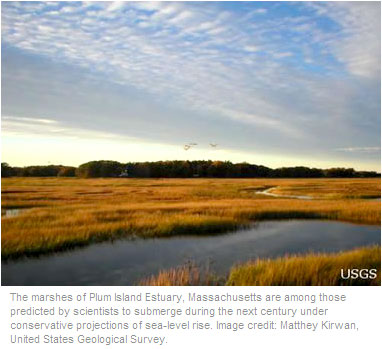 U.S. Geological Survey scientists made this conclusion from an international research modeling effort published December 1, 2010 in the journal Geophysical Research Letters, a publication of the American Geophysical Union. Scientists identified conditions under which coastal wetlands could survive rising sea level.

Valuable Marshes and Estuaries are at Risk 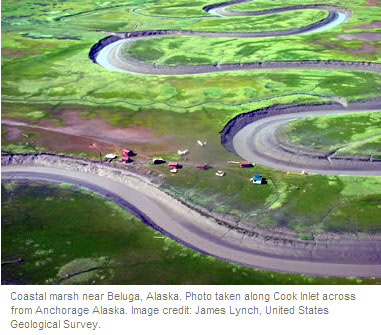 “Accurate information about the adaptability of coastal wetlands to accelerations in sea-level rise, such as that reported in this study, helps narrow the uncertainties associated with their disappearance,” said USGS scientist Glenn Guntenspergen, an author of this report. “This research is essential for allowing decision makers to best manage local tradeoffs between economic and conservation concerns.”

“Previous assessments of coastal wetland responses to sea-level rise have been constrained because they did not consider the ability of wetlands to naturally modify their physical environment for adaptation,” said USGS scientist Matt Kirwan, an author of this report. “Failure to incorporate the interactions of inundation, vegetation and sedimentation in wetlands limits the usefulness of past assessments.” 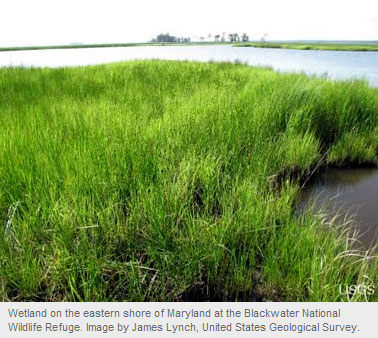 USGS scientists specifically identified the sediment levels and tidal ranges (difference between high and low tide) necessary for marshes to survive sea-level rise. As water floods a wetland and flows through its vegetation, sediment is carried from upstream and deposited on the wetland’s surface, allowing it to gain elevation. High tidal ranges allow for better sediment delivery, and the higher sediment concentrations in the water allow wetlands to build more elevation.