Dolphins use some algorithms of nonlinear math, scientists think. Supposedly, the smartest marine mammals do their calculations while hunting. 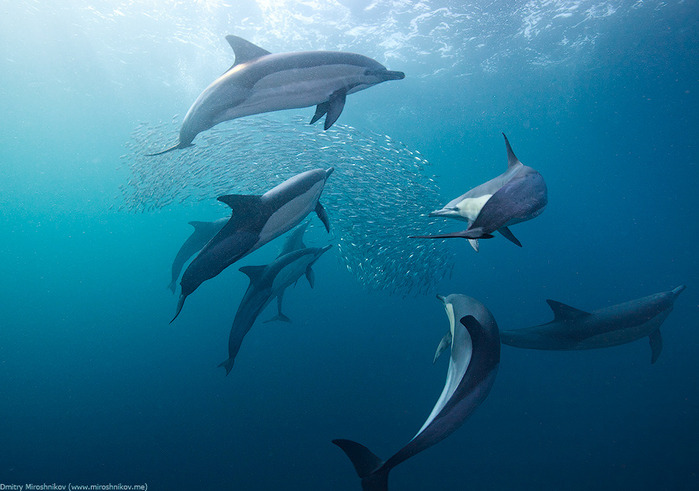 Researchers noticed that dolphins inject a jet of air bubbles into a shoal to make the fish crowd in one spot. However, these air bubbles might confuse the predators as well: dolphins use ultrasound sonars for orientation, but, as we know, air scatters sound waves. In order to move properly the mammals have to distinguish the sound reflected by the fish from the waves scattered by the bubbles.

Dolphins deal with this problem by emitting ultrasound waves of different amplitude. Scientists are sure that it’s not the hypersensitivity of the sonar that helps to distinguish these waves. Dolphins use a complicated algorithm of signal processing. This algorithm includes some elements of nonlinear mathematics, like differential equations and equations with partial derivaives.