Kitesurfing – Flying over the water

Kitesurfing, for some, is a lifestyle, for others, the best way to feel free, for most of us is just a bizarre sport. Kitesurfing is an extreme sport that combines the kite flying and floating on water. 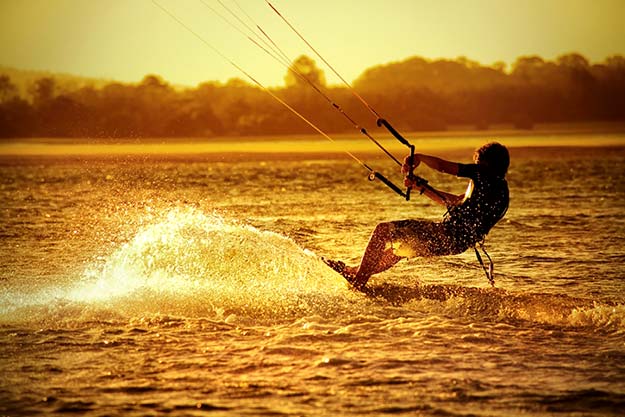 Imagine a surfer uses waves not to put in motion, but wind power. The idea is very good, the wind from the ocean coasts and seas or Great Lakes areas can help to get extremely high speed (record is 50.57 knots, ie 93.66 km/h, owned by Alex Caizergues, kitesurfer from France, in Luderitz, Namibia) and especially to help you make great leaps, to fly over the waves. 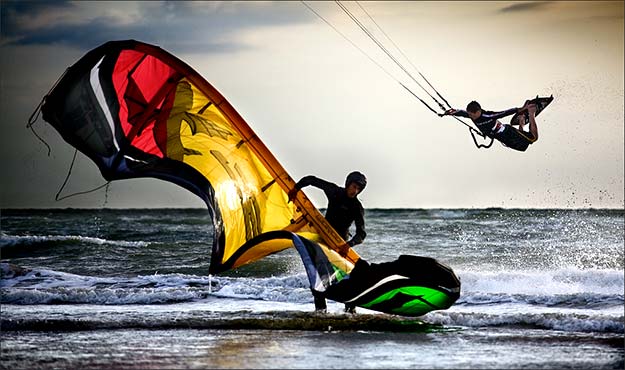 In the 70′s, a German, Dieter Strasilla, was thought to combine the idea of skydiving with the entertainment ski. The next step was to replace a kite parachute. The late 70 (in 1979) was patented in Switzerland primitive manner of doing kitesurfing. Gradually, the French Atlantic coast, New Zealanders, Hawaiians have perfected the sport. 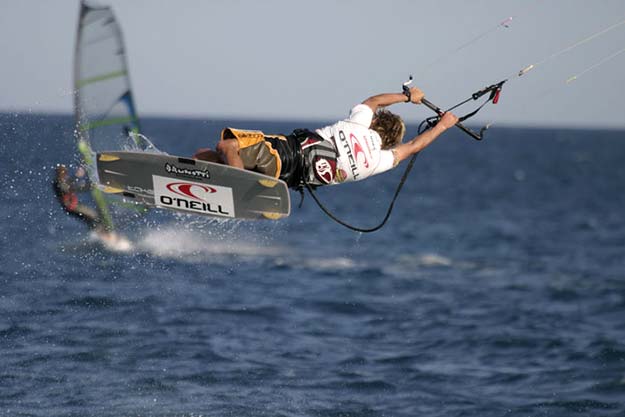 Kite got a more complicated structure, but giving better control and greater ease of handling and board received a special construction, according to the style adopted (wave riding, wake, freestyle, jumping, cruising). Since 2001, after several improvements, the sport becomes more popular, and more accessible. In 2006 it was estimated that the number of people practicing it was 150000-210000 (in that year were sold 114,465 kites).

Kitesurfing is an extreme sport that involves the use of special equipment. The security has become paramount in this sport, some athletes have died after smashing into the rocks or other people drowning in the water, while others were picked up by the wind at a couple of meters above water, and then they collapsed. The necessary equipment is quite expensive. 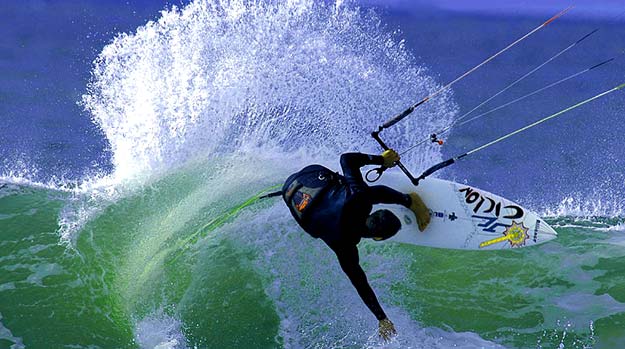 You need to make a kitesurfing kite (there are many types and many sizes) for starters you have to invest between 700 and 1200 euros, and in the future, if you want speed or jumping records, you have to pay more money, kitesurf board (you’ll find between 500 and 700 euros), protective vest, control bar (usually comes with the kite), harness (basically a belt, in which increasingly complex that connects surfer and kite), a safety knife (used for cutting twine accident) helmet is quite expensive.