Warming air from climate change isn’t the only thing that will speed ice melting near the poles — so will the warming water beneath the ice, a new study points out.

Increased melting of ice in Greenland and parts of Antarctica has been reported as a consequence of global warming, potentially raising sea levels. But little attention has been paid to the impact of warmer water beneath the ice. 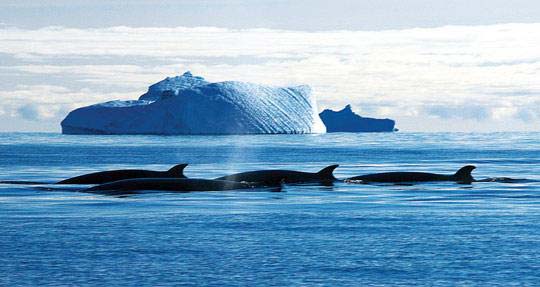 Now, Jianjun Yin of the University of Arizona and colleagues report the warming water could mean polar ice melting faster than had been expected. Their report was published Sunday in the journal Nature Geoscience.

While melting floating ice won’t raise sea level, ice flowing into the sea from glaciers often reaches the bottom, and grounded ice melted by warm water around it can produce added water to the sea.

In addition, Yin explained, if floating ice along the coastal areas melts it will allow the flow of glaciers to accelerate, bringing more ice into the seas.

“This mean that both Greenland and Antarctica are probably going to melt faster than the scientific community previously thought,” co-author Jonathan T. Overpeck said in a statement.

Overpeck, co-director of the University of Arizona’s Institute of the Environment, said: “This paper adds to the evidence that we could have sea level rise by the end of this century of around 1 meter and a good deal more in succeeding centuries.”

The subsurface ocean along the Greenland coast could warm as much as 3.6 degrees Fahrenheit (2 Celsius) by 2100, the researchers reported. The warming along the coast of Antarctica would be somewhat less, they calculated, at 0.9 degree F (0.5 C)