Facts and figures about water and tourism

700 million international tourists per year and 500 billion dollars in annual receipts make tourism one of the biggest industries in the world, with a correspondingly serious environmental footprint. 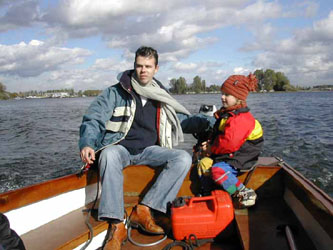 During the 1970s, only 1 person in 13 from industrial countries had travelled to a developing country as an international tourist. By the end of the 1990s it was 1 in 5.
An increasing number of low-income countries have actively promoted a large increase in tourism activities to foster their economic development. While there are clear economic benefits, there is also a downside. Problems of excessive water consumption in tourist complexes in water-scarce areas, especially where golf courses are involved, an increase in marine pollution in coastal areas from inadequate wastewater treatment and loss of crucial marine biodiversity, including coral reef destruction, have all occurred.

Cuba has seen a fivefold increase in tourism since 1990. For Saint Lucia, and Antigua and Barbuda, tourism receipts now account for nearly 50% of the GDP; for the Maldives it accounts for nearly 90%.

In a 1994 study for the Caribbean Tourist Organization, it was disclosed that 80% to 90% of sewage from hotels and associated facilities was released in coastal waters and was thought to have adverse effects on coral reefs and mangrove swamps.

Hotels and their guests consume vast quantities of water. In Israel, water use by hotels along the River Jordan is thought to be contributing to the drying up of the Dead Sea, where the water level has dropped 16.4 metres since 1977.

Golf tourism has an enormous impact on water withdrawals – an eighteen-hole golf course can consume more than 2.3 million litres a day.

An average golf course in a tropical country such as Thailand needs 1500 kg of chemical fertilizers, pesticides and herbicides per year and uses as much water as 60,000 rural villagers.

Tourists in Grenada, Spain generally use 7 times more water than local people and this discrepancy is common in many developing tourist areas.

In dryer regions like the Mediterranean, the issue of water scarcity is of particular concern. Because of the hot climate and tourists’ tendency to consume more water when on holiday than they do at home, the amount used can run up to 440 litres a day. This is almost double what the inhabitants of an average Spanish city use.