Apocalypse Is Almost Now: How Water Might Kill Us All

No one cares about the weather as a conversation starter for the next fortnight: the upcoming Armageddon forecasted by the Mayans is in our hearts and souls. There are dozens of places from where the Horsemen of Apocalypse will approach. We studied five possible scenarios of water doomsday. We do guarantee that they are not to happen on December 21st, but the possibility remains ever after. 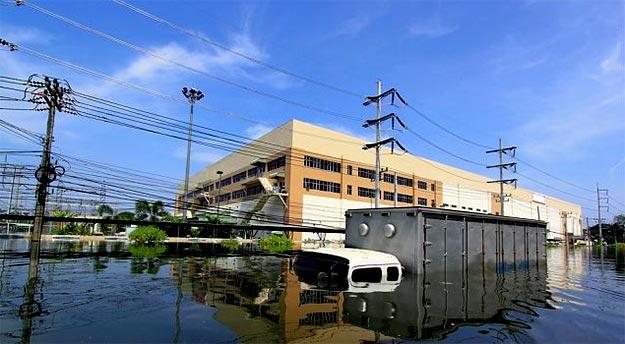 1. Global Warming. Delayed greenhouse effect might soon become a reality. Here in Northern Hemisphere, we hope that it will start with the Antarctics, so that we’ll manage to built our arks to survive the flooding. The latter would start with Australia, New Zealand and Oceania. Japan and coastal territories of South-Eastern Asia are the next ones to be washed away. Then go the coastlines of both Americas, and after that – us, Europeans. Twenty-five per cent of solid ground of surface would shrink to 7-10%. No place to live for all seven billion people…

As a matter of fact, it’s only a part of the problem. Irreversible climatic changes will cause superstorms, tornados and tsunami all over the Oceans. No good for the new towns of floating arks either… After it all settles down the situation would grow even worse. The density of the atmophere would increase drastically due to high concentration of water vapor. Thus, the atmosphere would capture even more sun energy, which would evaporate more and more water… Soon the planet would become uninhabitable like Venus, our closest neighbor in the Solar System.

2. Monoculture Invasion. Those who are not really into farming might find this apocalypse scenario somewhat silly and amusing. Grain everywhere? Why on Earth is that bad? Finally we’ll be able to feed all starving kids from Africa! However, some biologists warn us that it might put an end to our biosphere. Let’s say geneticists finally create a modified superculture – let it be wheat or canola – that might withstand any pests and any diseases. The plant is able to grow on any soil in any climate.

Over a certain period of time the grass would demolish all other agricultural plants, all forests, meadows, valleys and even deserts. It would replace all plants on Earth. What does it have to do with water? It is known that the grasses are the most insatiable drinkers of all plants. They’d suck water practically out of nowhere. All freshwater resources would be there not for us, but for the superwheat. If the plant adapts to marine water, it would drink up all seas as well. We’ll surely die of thirst. Irreversible changes of biodiversity would finish us, making the planet uninhabitable.

3. Global Cooling. Some experts suppose that no jungle would ever grow in Siberia. Quite the opposite: all Europe would turn into Yakutia with cool short summers and severe winters with air temperature dropping to minus 60 degrees Celsius. The New Ice Age might actually start this winter: several meteorologists predicted extremely cold weather for three months in a row in Northern Hemisphere. Some may say that the answer to cold might be a fashionable fur-coat or a ticket to Goa.

However, cold weather is not the only issue of the global cooling. It would lead to dramatic reduction of sea level worldwide. This process would result in general receeding of the sea that would turn the most inhabited parts of seas – shelf zones – into firm ground. Therefore, most fish species and seafood would become extremely scarce, and a part of Earth population would die of famine. The other part would perish after climatic changes caused by shallowing of the oceans.

4. Death by Suffocation. Recent researches revealed tremendous reserves of methane, or natural gas, captured in polar ice caps. Liquid methane is stored in clathrates – tiny cells in the ice. Melting of polar ice shields releases natural gas to the atmosphere. If this process speeds up, huge amounts of methane, one of the crucial greenhouse gases, would be released at once. The atmosphere would be changed to that similar to Venusian, and we would be fried by the Sun and suffocate.

The second way of the suffocation apocalypse might be caused by irreversible changes in biological balance in the oceans. Some bacteria produce hydrogen sulfide, while the others absorb it. If by any chance the latter germs become extinct, hydrogen sulfide produced by the first ones would kill all the life in the oceans first and then would be released to the atmosphere. We could get used to the smell of rotten eggs and gym socks, but no human could persevere sulfuric acid showering on Earth. By the way, the uncontrollable growth of blue-green algae makes this scenario even more likely. This process is boosted by organic remains dumped in the oceans as waste.

5. Oceanic Flip. This is no joke or fairy tale! Oceanic water is a brine more concentrated at the ocean bed and more dissolved at upper sea levels – the most inhabited by all kinds of creatures. If these two layers somehow swap places, all life of the oceans would disappear. The upper layer is more saturated with oxygen than the lower one. It would be the other reason of complete extinction of all marine species. Any newbie geologist knows that this scenario is not all that incredible: it already happened several times, completely clearing up all the population of the oceans. The reason of this phenomenon is yet to be discovered.

We all (or almost all) woke up safe and sound on December 22nd. But we need to remember that all these scenarios of apocalypse are man-made. We could kill the world with our own hands with no help from the Mayans. Or we could stop it. Now.