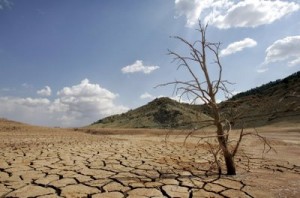 The region of Mesoamerica is comprised by the southern states of Mexico and the seven countries of Central America. While Mesoamerica is rich in freshwater, the area is extremely vulnerable to changes which, in the medium to long term, could diminish its availability.

Such challenges such as waste, pollution and lack of governance pose serious threats to the precious supply of this resource. Non-governmental organizations from the region plan to denounce this situation at the 6th World Water Forum, taking place Mar. 12-17 in Marseille, France.

Poor water management in Mexico “is reflected by pollution and inequality in its distribution between different uses, between urban and rural areas, and between cities,” Claudia Campero, Latin American regional coordinator for the Blue Planet Project says. The project is a global initiative based in Canada that works with partners around the world to protect the right to water.

Some 500,000 agricultural irrigation users consume 32 million cubic meters of water annually in Mexico, which has a population of 107 million people.

In spite of this, 30 percent of Mexican households do not have running water and 15 percent receive water through other means only every three days.

Access to drinking water is a basic human right, recognized by the United Nations through a General Assembly resolution in 2010. The U.N. has also declared it to be a legally binding right, which means that all member countries are obliged to incorporate it in their constitutions and national legislation.

Mexico must now reform the National Water Law in order to adapt it to the changes made in its constitution. Nations such as Guatemala and El Salvador do not even have this type of legislation.

Agriculture accounts for 40 percent of the freshwater consumed in Guatemala. Households there use another nine percent. Industry makes up a combined share of three percent. The remaining 48 percent goes to so-called non-consumptive uses, typically the generation of hydroelectric power.

Although Guatemala’s freshwater supply is sufficient in general, the Corredor Seco, or Dry Corridor area of central and eastern Guatemala is characterized by recurring droughts in the Northern hemisphere summer months and semi-arid soils with low crop yields. The region has been repeatedly hit by food crises and suffers high rates of malnutrition, resulting in the deaths of thousands.

Ever Sánchez of the non-governmental Water and Sanitation Network of Guatemala says that some efforts have been made to improve water management in the country.

“A specific government department was created to foster better inter-institutional coordination and develop a water policy,” he reported. Nevertheless, serious problems persist in the management of household and industrial wastewater and solid waste.

Agriculture in El Salvador accounts for 70 percent of consumption, and no water-saving mechanisms have been established in the sector, says the Salvadoran Ecological Unit, an NGO that forms part of the National Forum for the Defense of Sustainability and the Right to Water.

The agricultural sector is also one of the biggest polluters of rivers and lakes, where the residues of chemical fertilizers and pesticides end up. Only five percent of industrial wastewater undergoes any kind of treatment.