People fight over it. And everybody, everywhere and every day, needs it. We need water for drinking, for cooking, for washing, for food, for industry, for energy, for transport, for rituals, for fun, for life. And it is not only we humans who need it; all life is dependent upon water for its very survival.” Mikhail Gorbachev in 2003 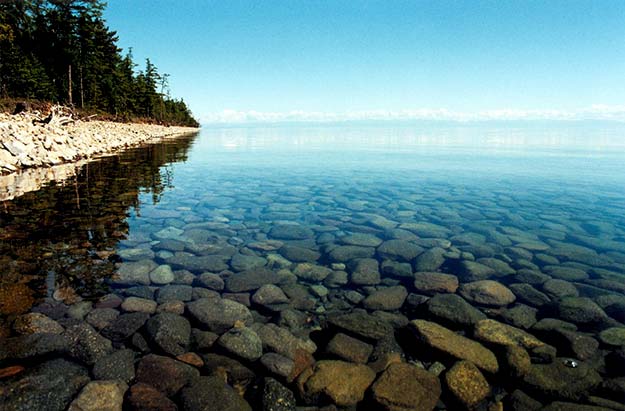 Water is becoming more and more a scarce and valuable resource as population and consumption rise. Many human factors influence the availability of water, including dams or other engineering, population, and consumerism – or our water use on an individual, business, and government levels. Evaluation of these factors, as well as technology and action to support healthy water supplies, is necessary to gain control of the situation.

The United States’ Environmental Protection Agency (EPA) states that over 3.5 million miles of streams and rivers exist in the United States. Also, it is approximated that there are anywhere between 75,000 and 79,000 major dams in the United States, with another 2 million minor dams. Rivers, streams, and groundwater serve as our primary sources of water to be used in our homes and commercially. Dams, aqueducts, and wells provide an enormous amount of energy and life, but come at the cost of allowing too much water depletion, and not enough water replenishing groundwater, rivers, lakes, and oceans.

Many dams have been deconstructed recently in North America, including the large Elwha Dam on Washington’s Elwha River in 2011, due to environmental and wildlife concerns. Most rivers in the United States, however, are still dammed – and in many cases in order to support large populations in an otherwise unsuitable environment. For example, almost the entire Southwestern United States is part of an arid desert climate that would be unsuitable to the populations that exist there now were it not for the several dams and aqueducts on the few existing water sources, namely the Colorado River.

The Colorado River largely supplements irrigation water, drinking water, and water for other city and community use to millions of people including the populations of Phoenix, Tucson, Las Vegas, San Bernardino, Los Angeles, and San Diego. All six of these cities (along with hundreds of smaller communities) rely on dams and aqueducts that transport Colorado River water hundreds of miles from its natural course. More than 20 major dams have been built on the Colorado, along with many smaller dams. All of these dams provide opportunities for use (primarily irrigation), and leave considerably less water for people and wildlife downstream relying on the habitat the river provides under natural circumstances.

The Colorado River is small compared to most rivers that act as a region’s main water supply. The river’s flow is approximately five cubic miles of water annually. To put that in perspective, the world’s largest river, the Amazon, discharges almost that much every day or about 1,300 cubic miles of water every year, and the Mississippi River puts out about 133 cubic miles of water every year. The Colorado is a dwarf compared to other region’s major rivers, yet still is relied upon to support an impressive portion of the population, due to overpopulation of a naturally dry region. Populations are growing in these areas, part of the so-called, “sun-belt” region, and declining in more temperate and wet areas, such as the East Coast of the United States. Many view this as a manipulation of nature, and impressive or not, decisions will have to made as to exactly how many people the water sources can handle and for how long.

National Geographic studies estimate that 1.8 billion people around the world will live in “extreme water scarcity” by 2025. To make sense of that, look at the amount of water that we rely on. The average American lives a consumer lifestyle that requires approximately 2,000 gallons of water a day; five percent of that is used for drinking and utilities and 95 percent is used to produce food, energy, and the products you buy. Although Americans use on average twice as much water as citizens from other countries, water scarcity is a global issue that currently effects many nations around the world.

Educating the public about where their water goes, and how their consumer choices affect the overall water situation may play a part in reducing the use and waste of water. National Geographic provides us with information about the amount of water used to produce food and everyday items. For instance, beef is one of the more popular food choices, especially in the United States, and it is also the type of animal product that requires the most amount of water to produce per pound (based on growing the animal’s food, drinking water, and preparing it). One pound of beef takes on average 1,799 gallons of water to produce. In contrast, one pound of poultry requires only 468 gallons of water on average to produce, and one pound of soybeans requires only 216 gallons of water to prepare. Everything that we use, from food and clothing to transportation and energy, requires an astounding amount of water. (If you want to find out more, and learn about what they suggest for less water use, visit National Geographic’s Freshwater Initiative site.)

Education and developing better technology are at the core of solving our water issues. The United States is falling behind in developing desalinization technology. Also needed is more energy technology and alternative sources to hydropower, which is currently relied on heavily. These are both efforts that minimize the use of water while sustaining the habits that our culture is reliant upon. Other efforts could include acting more proactive and resolute about changing some of the issues at hand; this could include issuing more water restrictions, instituting serious cleanup jobs for water bodies and finding solutions for major pollutants and contaminators.

The process of desalinization may seem like an easy solution to water scarcity for populations located near saltwater. Currently it is an expensive process, whether through reverse osmosis, steaming, or other techniques like multistage flash distillation. The process also faces enough major setbacks, like producing enough energy to run plants, depositing the waste product (salt/brine), and developing each type of process more, that the option for it to be a serious possible contender to help solve the issue of water scarcity is not practical. For this to be feasible, more students need to be studying science, learning about the setbacks in the field, and working to develop solutions.

Much of the world is facing issues concerning water rights and water depletion. Many natural elements may even play a part in these issues, but we can choose what part we will play in the human interaction with water.