The earliest recorded attempts to find or generate pure water date back to 2000 b.c.e.. Early Sanskrit writings outlined methods for purifying water. These methods ranged from boiling or placing hot metal instruments in water before drinking it to filtering that water through crude sand or charcoal filters (Baker & Taras, 1981). 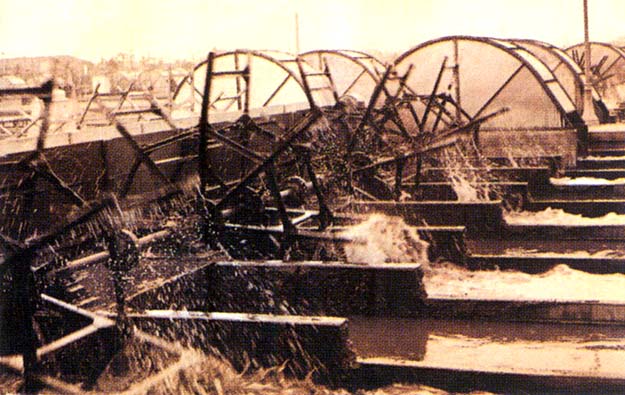 These writings suggest that the major motive in purifying water was to provide better tasting drinking water. It was assumed that good tasting water was also clean. People did not yet connect impure water with disease nor did they have the technology necessary to recognize tasteless yet harmful organisms and sentiments in water.Centuries later, Hippocrates, the famed father of medicine, began to conduct his own experiments in water purification. He created the theory of the “four humors,” or essential fluids, of the body that related directly to the four temperatures of the seasons. According to Hippocrates, in order to maintain good health, these four humors should be kept in balance.

As a part of his theory of the four humors, Hippocrates recognized the healing power of water. For feverish patients, he often recommended a bath in cool water. Such a bath would realign the temperature and harmony of the four humors. Hippocrates acknowledged that the water available in Greek aqueducts was far from pure in its quality. Like the ancients before him, Hippocrates also believed good taste in water meant cleanliness and purity of that water.

Hippocrates designed his own crude water filter to “purify” the water he used for his patients. Later known as the “Hippocratic sleeve,” this filter was a cloth bag through which water could be poured after being boiled (Baker & Taras, 1981). The cloth would trap any sentiments in the water that were causing bad taste or smell.