The Use of Chlorine to Purify Water

As municipal water treatment facilities sought to increase the quality and healthfulness of public water supplies, more and more cities began to implement chlorine into their water treatment process. Chlorine was first recognized as a valuable chemical in treating water when John Snow used it to purify the cholera-causing water of the Broad Street Pump. Noting the disinfecting nature of chlorine and its ability to curb cholera deaths, government officials in Great Britain began to chlorinate the public drinking water. This application of chlorine resulted in a sharp decline in deaths from typhoid, as well (Christman, 1998). 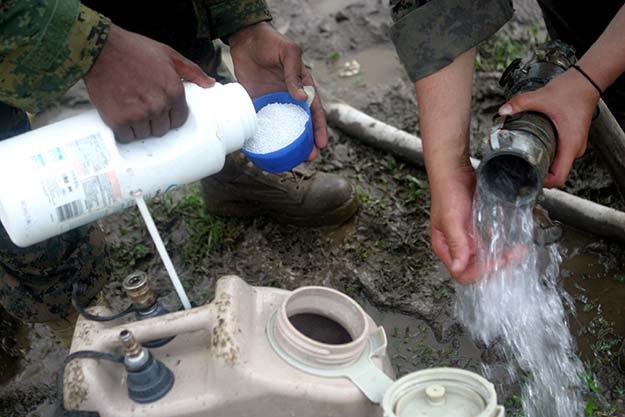 After the tremendous success of drinking water chlorination in England, chlorination began in New Jersey and soon spread through the entire United States. Chlorination of drinking water, combined with the use of sand water filters resulted in the virtual elimination of such waterborne diseases as cholera, typhoid, and dysentery. In fact, chlorine was so effective at eliminating the outbreak and spread of waterborne diseases that Life magazine named water chlorination as “probably the most significant public health advance of the millennium” (Christman, 1998).

Scientists are now beginning to examine the possible byproducts and side effects of using chlorine in drinking water. Chlorine is listed as a known poison; it undoubtedly has an adverse effect on our body systems. Chlorinated water has been linked to the aggravation and cause of respiratory diseases like asthma. Also, because chlorine vaporizes at a much faster rate than water, chlorinated water presents a significant threat to the respiratory system when used for showering. Recent discoveries of the health concerns of chlorine have led many people to install shower filters or whole house water filter systems into their homes. Such installations are the next step in the evolution of water filtration technology.