How much water is there on Earth? 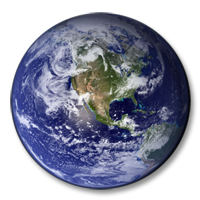 Only about 0.036 percent of the planet’s total water supply is found in lakes and rivers. That’s still thousands of trillions of gallons, but it’s a very small amount compared to all the water available.

The rest of the water on the planet is either floating in the air as clouds and water vapor, or is locked up in plants and animals (your body is 65 percent water, so if you weigh 100 pounds, 65 pounds of you is water!). There’s also all the soda pop, milk and orange juice you see at the store and in your refrigerator… There’s probably several billion gallons of water sitting on a shelf at any one time!