How does water support life on Earth? 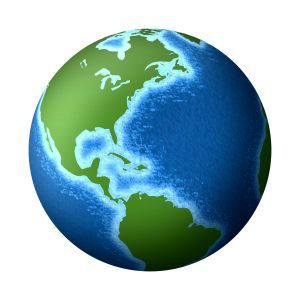 The planet’s oceans, rivers, lakes and other bodies of water provide homes to countless species of plants and animals, but water supports life in many other ways as well. We use water every day in farming and agriculture, manufacturing and transportation, and power generation, too. In addition, water plays an important role in regulating the temperature of the Earth.

All is not well with this life-giving liquid, however. Supply and demand create thorny issues the world over. According to the United Nations, the planet Earth is facing a “water crisis.” While there is no shortage of water on the planet Earth itself, the major issues are sanitation and access: People who need fresh water often can’t get to it (or it can’t get to them), and sometimes the water that people are able to acquire is dirty and untreated, meaning it can contain disease-causing microorganisms and other contaminants.

Because of this crisis, water resources are playing an increasingly important role in the relations between states.

It is often difficult to determine who owns waterways that cover more than one geographical area. A shared water supply between nations can lead to animosity if one side draws more from the supply than the other and diminishes the amount that’s available for everyone else. In Darfur, Sudan, in 2003, a dispute about access to a dwindling supply of water was partly to blame for the conflicts that killed some 400,000 people in the area Borger. Even in the U.S., several states have had “water wars.” Leaders from the states of Florida, Alabama and Georgia had disagreed about access to common waterways for two decades when the fight was suddenly escalated by a drought in October 2007, prompting a large-scale publicity war.

To overcome water supply problems, states and nations can use diplomacy, generosity, sharing, agreements and treaties. When Orme, Tenn., ran out of water in 2007, neighbors of the town in New Hope, Ala. offered to help. Orme replenished its water supply with trucks full of water from New Hope, and New Hope even allowed Orme to pipe water directly from one town to the other until the crisis abated. In the case mentioned above about Florida, Alabama and Georgia squabbling about water, authorities from the states met to discuss common water supplies. Eventually, they came up with a water-use agreement. Seven states in the western U.S. undertook similar water-use agreements. In countries in the Middle East, Asia and throughout the rest of the world, at least 145 water treaties also have been created.