Dara Entekhabi, an MIT professor of civil and environmental engineering and of earth, atmospheric and planetary sciences, is the science team leader of NASA’s Soil Moisture Active Passive (SMAP) satellite, scheduled to be launched from Vandenberg Air Force Base in California on Jan. 29. 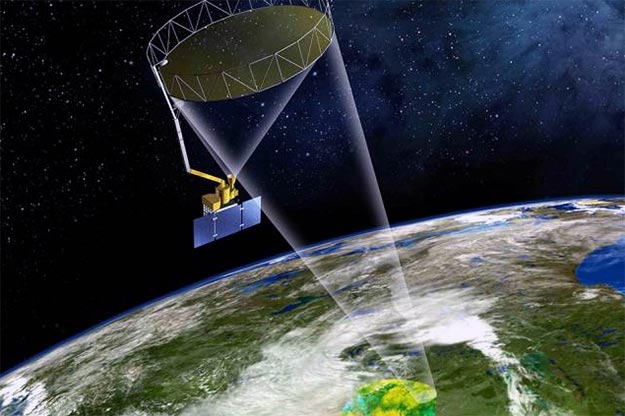 The satellite will provide measurements of the moisture in the top 2 inches of the soil, everywhere on Earth, over the course of its planned three-year mission, as well as specifying whether that water is liquid or frozen. Entekhabi discussed what he hopes this mission will be able to accomplish.

Q. How much of an improvement will SMAP represent over current ways of assessing soil moisture around the world? Why is it important to be able to do so?

A. Why we need soil moisture information, and what capability SMAP adds, can be explained by following a timeline of what we know about how the Earth system works, starting in the 1980s and 1990s.

Until then, the study of the water cycle—the storage and flow of water in the environment—was partitioned between meteorology and hydrology. So long as water was in the form of vapor and precipitating clouds, it was in the domain of meteorologists. Only after the precipitation hit the surface was its infiltration into soil, runoff, and stream flow in the domain of hydrologists.

Around the 1980s there was a transformative change in our thinking, with the emerging capability of fast computers and Earth system modeling. Much of that thinking, in fact, was formed at MIT: We started thinking about two-way interaction and coupling between the land and the atmospheric branches of the water cycle. In order to couple the systems, we soon realized that the key variable to track is surface soil moisture. But the ground networks to observe this variable were too few and far between to yield any meaningful insights.

To make global and dynamic maps of this, we had to take on the vantage point of Earth-orbiting satellites. Starting in 2000, I became involved with NASA, and we formed a team to propose a satellite mission whose design is specifically optimized to make high-resolution and high-accuracy maps of surface soil moisture. The paired microwave-radar and radiometer instruments can sense through clouds and vegetation. The rotation of the antenna while orbiting the Earth produces a wide swath of surface measurements that can track changes in soil moisture.

Q. What would you expect to be some of the most significant findings that this mission will be able to make, and what kind of impact could these findings have?

A. With these high-quality measurements, we will have unprecedented insight into how the cycling of water weaves through its land and atmospheric branches. Because the evaporation and condensation of water also entails exchanges of energy, and because the uptake of atmospheric carbon dioxide by plants requires thawed conditions and exchange of water, soil moisture also links the three fundamental cycles of the Earth system—the water, energy, and carbon cycles—over land. These three cycles work together like gears in a clock: Perturbations in one gear will affect the others.

If soil moisture were fixed everywhere, these three cycles would vary independently of one another. But with dynamic and responsive soil moisture, the three are linked over land, with synchronized variations. That is a big difference for the Earth system and its cycles. So with observations of soil moisture and improvement in links between the water, energy, and carbon cycles, our understanding of how the Earth system works will be on a new and higher level. With improved characterization and modeling, the predictions of the global and the regional environment—from short-term weather forecasts to global climate-change projections—will be impacted.

Q. How difficult is it to measure these conditions from orbit, and what kinds of tests will need to assess the accuracy of the data returned by the mission?

A. The main technological challenge has been the design of the large antenna and its rotation to make a scan of a wide swath over each orbit. Given the long microwave wavelengths (about 21 centimeters), to focus on a high-resolution spot on the surface the antenna has to be large in diameter. SMAP has a 6-meter lightweight mesh reflector that stows like an umbrella and unfurls in space. Then this large structure has to be rotating at about 15 rounds per minute to map the surface. This is pushing the technology to its limits.

We have developed a calibration and validation plan where we pull data in real time from ground sensor networks, perform quality control, and compare with the SMAP data. Over the last two summers we have had two rehearsals of the end-to-end system. The calibration and validation will also include two airborne field campaigns during the summers of 2015 and 2016. Preliminary science data will be released after six months, and after one year we need to demonstrate, using ground-truth observations, that the data meet the accuracy requirements agreed upon by the project and NASA sponsors.