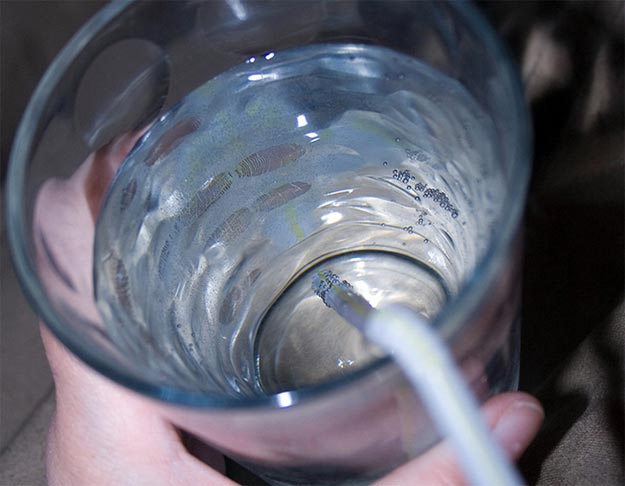 One of the great scientific questions has now been answered. No, it’s not something about the Higgs Boson or the Riemann hypothesis… Rather, we now know what the water that has been sequestered 1.5 miles underground in Timmins, Ontario, for between 1 and 2.6 billion years tastes like. Barbara Sherwood Lollar, an Earth sciences professor at the University of Toronto, closed her eyes and took a sip of the world’s oldest water discovered so far for science.

She describes the experience in an interview with the Los Angeles Times:

What jumps out at you first is the saltiness. Because of the reactions between the water and the rock, it is extremely salty. It is more viscous than tap water. It has the consistency of a very light maple syrup. It doesn’t have color when it comes out, but as soon as it comes into contact with oxygen it turns an orangy color because the minerals in it begin to form — especially the iron.

So you’ve tasted it?

I have to admit I have tasted it from time to time. It tastes terrible. It is much saltier than seawater. You would definitely not want to drink this stuff.

We are interested in the saltiest waters because they are the oldest, and tasting is the quick-and-dirty way to find which are the most salty. I don’t let the students do it, though.

We don’t know for sure yet, but scientists are speculating that this old water maybe contain living organisms despite its isolation. This might even have implications for the possible presence of life on Mars: “Scientists have found evidence that there was once water on the surface of Mars. It could be that there is water trapped in rock hidden deep beneath the planet’s surface in the same way the water was trapped in the ancient rock in the Timmins mine.”