Water in America: Is It Safe to Drink?

A chemical spill that left 300,000 residents of Charleston, West Virginia, without tap water last month is raising new concerns about the ability of the United States to maintain its high quality of drinking water. 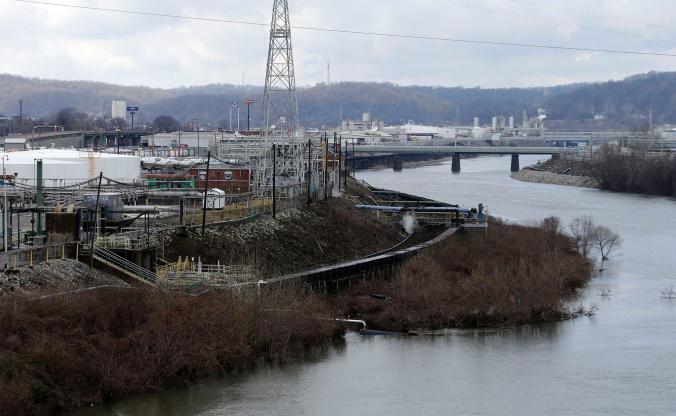 While the U.S. has one of the safest water supplies in the world, experts say the Charleston contamination with a coal-washing chemical shows how quickly the trust that most Americans place in their drinking water can be shattered.

“We often don’t think about where our water comes from,” said Steve Fleischli, director and senior attorney for the Natural Resources Defense Council (NRDC) Water Program in Los Angeles. “Does it come from a nearby river or a lake, intermittent streams, isolated wetlands, or an aquifer? Yes, you may have a water treatment plant, but if your water source is not protected, people face a real risk.”

In Charleston on January 9, about 10,000 gallons of a little-known and unregulated chemical called 4-methylcyclohexane methanol (MCHM) leaked from an aboveground storage tank into the Elk River. The amount of the chemical overwhelmed the carbon filtration system in the West Virginia American Water treatment plant about a mile downstream. Within a week, more than 400 people were treated at hospitals for rashes, nausea, vomiting, and other symptoms. 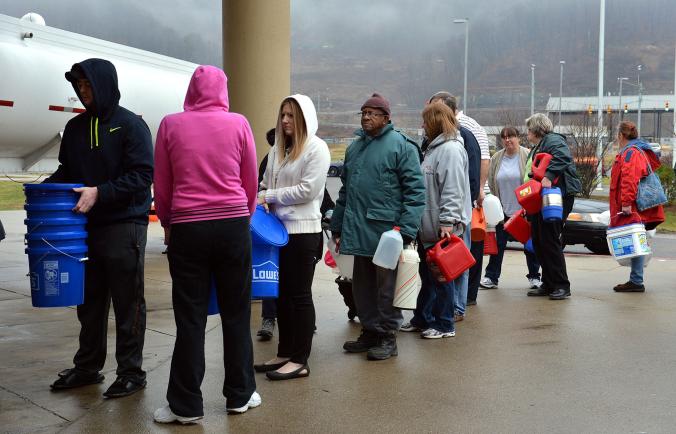 West Virginia American Water decided by January 13 that the water was again safe to drink, because the concentration of MCHM had fallen below one part per million. But it soon emerged that there was little scientific information backing up that safety threshold, and this past week many West Virginians were still not drinking tap water. “I wouldn’t drink it if you paid me,” West Virginia Senator Jay Rockefeller told National Public Radio last Monday.

While Congress was holding hearings on the West Virginia incident, the next one happened. On February 2, up to 82,000 tons of toxic coal ash spilled into the Dan River, near the border of North Carolina and Virginia, from a pond at a closed Duke Energy power plant. This week state health officials warned people not to swim in the river or eat fish from it.

The Associated Press reported February 13 that the U.S. Attorney’s Office in Raleigh has launched a criminal investigation into the spill, seeking records from Duke Energy and the North Carolina Department of Environment and Natural Resources—which had sued Duke last August for unpermitted discharges at Dan River and five other power plants. 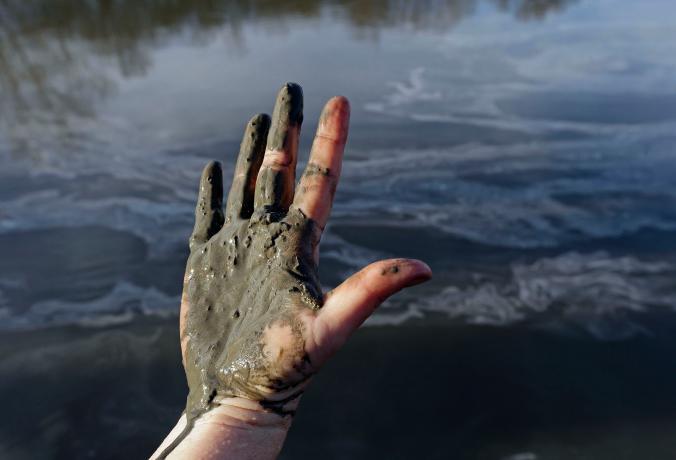 “When you burn coal you leave behind metals and radioactivity,” said Robert B. Jackson, an environmental scientist at Duke University in Durham, North Carolina. “The ash is quite toxic. The waste products we create to produce energy, the waste we generate every day, are a threat to drinking water quality.”

Coal ash contains arsenic, mercury, lead, thallium, and other dangerous contaminants. At power plants it is mixed with water, forming a slurry that is stored in large ponds. According to the Southern Alliance for Clean Energy, 40 percent of the country’s coal ash ponds are located in the southeast and contain 118 billion gallons of toxic material. Most of these impoundments, like the one on the Dan River, are located near major waterways.

In 2008, the dike at an impoundment in eastern Tennessee failed at the Tennessee Valley Authority Kingston Fossil Plant. More than 5.4 million cubic yards of coal ash spilled from the site and spread across more than 300 acres of land and water. Tests of nearby river water showed levels of lead and thallium exceeded safety limits for drinking water, but the TVA said at the time that the toxic metals were filtered out by water treatment processes. The TVA spent a year and a half cleaning up the sludge. 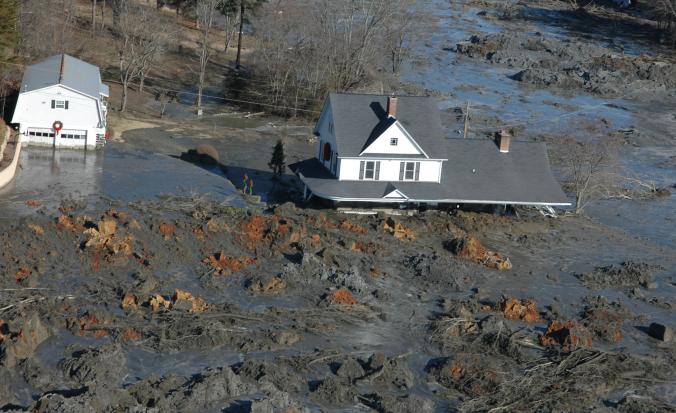 In 2000, the bottom of a coal ash pond in Kentucky crumbled and released an estimated 306 million gallons of slurry. Water supplies for 27,000 people were contaminated.

Following the Tennessee spill, the U.S. Environmental Protection Agency identified 676 coal ash impoundments at 240 facilities, assigning a “high hazard” rating to 45 ponds. The rating indicates that a failure would probably cause loss of human life.

Jackson pointed to a 1999 hurricane that flooded hog farms in North Carolina. “Hurricane Floyd came through and flushed the contents of the hog waste lagoons out into the streams and rivers,” he said. The result was widespread fecal contamination of drinking water. More than decade after Floyd, North Carolina still has more than 4,000 hog waste lagoons. 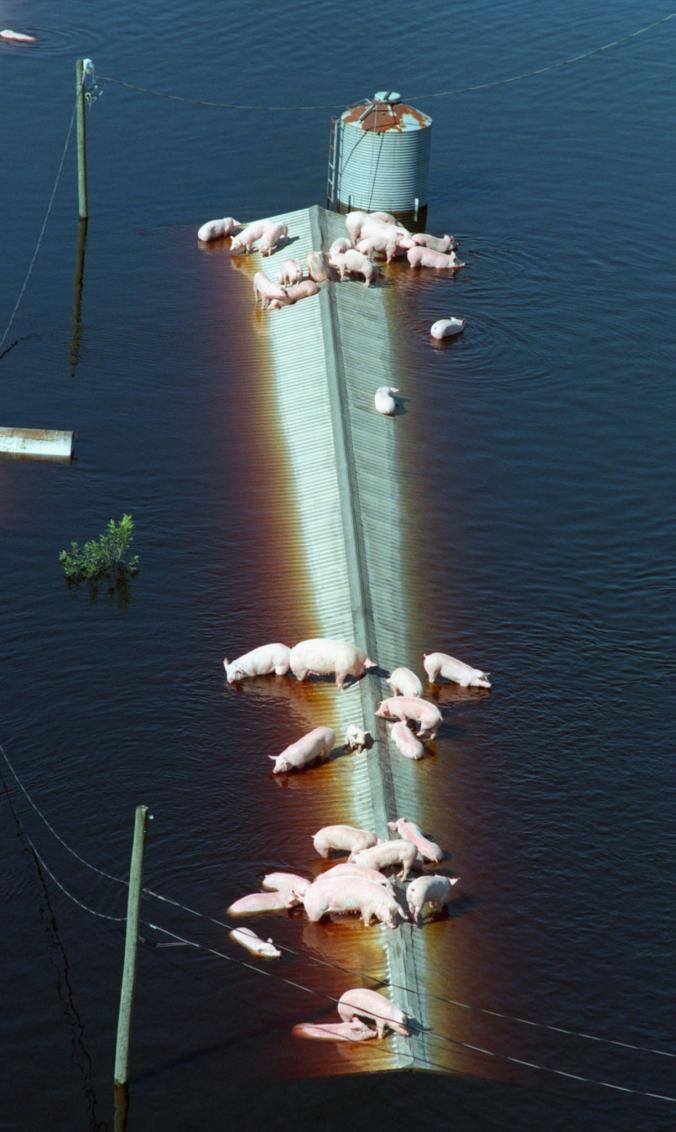 At the other extreme of the weather spectrum is drought. Laurel Firestone, founder of the Community Water Center, a nonprofit advocacy group based in Visalia, California, said the most severe drought in California history may have a dramatic effect on water quality.

In a 2012 report prepared for the California State Water Control Board, scientists from the University of California at Davis found that about 254,000 people in the Tulare Lake Basin and Salinas Valley are currently at risk for nitrate contamination of their drinking water. In one of the nation’s most productive farming regions, nitrates from heavily fertilized fields leach into the groundwater. “Many small communities cannot afford safe drinking water treatment,” the report said.

As a result of the current drought, farmers are having to rely on groundwater to irrigate their fields—which inevitably raises the concentration of nitrates in the water left in the ground. “The California drought is exacerbating problems that already existed,” Firestone said. “Those being affected first are people who depend on the shallow wells. They are canaries in the coal mine.” Exposures to high levels of nitrates can cause death, miscarriages, and blue baby syndrome, she said.

In general, Jackson said, and not just in California, “the most vulnerable group of people are those who get their water from a private water source. People who have private drinking water wells are far less protected than anyone else in the country. No one tests your water unless you pay for a test.”

What worries Jackson and some other experts more than headline-making spills and weather is chronic pollution of a more insidious kind—from pharmaceuticals and personal care products, or PPCPs. Studies have shown that pharmaceuticals, especially antibiotics and steroids, are widely present in the nation’s water supply. We excrete them in our urine; our livestock do as well. Other chemicals from soaps, shampoos, and lotions get washed down the drains of our tubs and showers. Sewage treatment plants are not equipped to remove them. Some have been shown to disrupt the hormone system in fish.

The EPA states there are no known human health effects from low-level exposure to PPCPs in drinking water, “but special scenarios (one example being fetal exposure to low levels of medications that a mother would ordinarily be avoiding) require more investigation.”

“What we don’t know are the interactions of thousands of different compounds that are taking place in our lakes, streams, and aquifers,” said Jackson, who is studying the effects of some of the compounds on fish and mice. “When you have a spill like in West Virginia it’s terrible, but at least you know about it. The cases that may be more dangerous are the slow and steady spills and chemical reactions that we don’t know about.”

For municipal utilities, such new worries come at a very bad time. In the American Society of Civil Engineers 2013 Report Card for America’s Infrastructure, the nation’s drinking water infrastructure was given a D grade for aging pipes, some of which date back to the Civil War. “At the dawn of the 21st century, much of our drinking water infrastructure is nearing the end of its useful life,” the report stated. The American Water Works Association estimates there are 240,000 water-main breaks per year in the U.S. The investment needed to bring the nation’s waterworks up to speed has been estimated in the trillions of dollars.

Money that might be devoted to such investments is instead being spent by a worried public on buying the stuff in plastic bottles. It made sense in West Virginia in recent weeks, but in general, according to Jackson, in spite of all the good reasons to be concerned about drinking water safety, resorting to bottles is not a sensible reflex. “People think bottled water is safer, but there is zero evidence that is true,” he said. “The quality of water in city tap water is regulated far more closely than bottled water.”