Most of us have been taught since childhood to be careful in our use of water. We’ve been encouraged to take shorter showers, not let the water faucet run while brushing our teeth or shaving, or to install water-efficient plumbing fixtures such as low-flow toilets in our homes to conserve water. 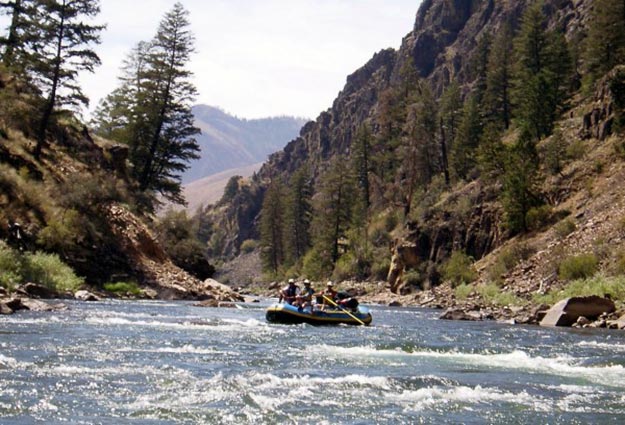 The Salmon River in Idaho, one of the very few well-protected rivers in the lower 48 states.

Each of these water-saving measures is important, and practicing them should be part of everyone’s water conservation ethic. Each of these actions will reduce the volume of water that must be withdrawn from natural habitats such as rivers, lakes, and aquifers, leaving more water to support fish and other aquatic life. Water conservation can help cities avoid water shortages, or enable a city’s population to expand without having to further deplete freshwater sources. By using less water we are also using less energy, because it takes a lot of electricity to pump water from a water source, purify it for our use, distribute it to our homes and businesses, and clean it again after we’ve used it.

It may surprise you, however, to learn that when you look at your use and dependence on water more comprehensively – beyond your use of water inside your home – you will find much bigger ways for you to help conserve our planet’s water supplies.

If you are concerned about water shortages or want to do as much as you can to protect freshwater habitats, you might consider the following four ways to substantially lighten your personal water footprint. The arrival of a new year is always a good time to adopt new resolutions! 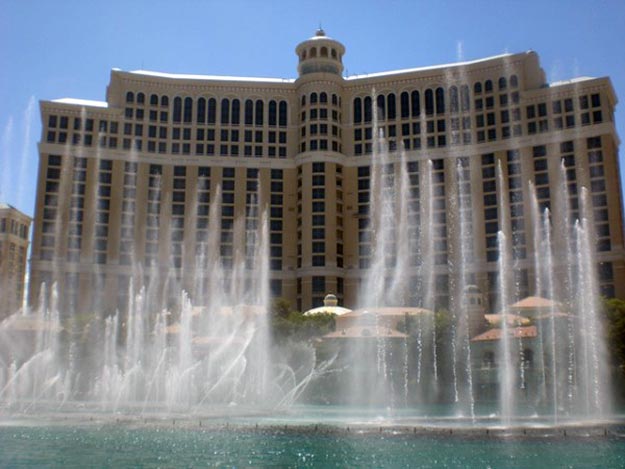 Water fountains such as this one in front of the Bellagio Hotel in Las Vegas are commonly ridiculed as examples of profligate water waste. But they don’t use anywhere near as much water as is used on lawns and other outdoor landscaping.

In many cities, particularly those located in drier regions, an enormous volume of water – in many instances half or more of all water used in cities – goes to watering of lawns, gardens, golf courses, and other landscaped areas.

That’s why water managers in the city of Las Vegas decided to aggressively reduce the volume of water sprayed onto lawns in their city. A decade ago, more than 60 percent of all water use in the city went to irrigating landscaped areas. Beginning in 1999, the city began a “Cash for Grass” program that paid homeowners $1.50 per square foot to remove their grass lawns and replace it with desert vegetation that does not require watering. One of the homeowners who took the cash – but probably didn’t really need the money – converted the 16 acres surrounding his 29-bedroom home into desert landscaping, saving 4.5 million gallons of water every year!

These cutbacks in outdoor watering were instrumental in enabling Las Vegas to lower its water use by nearly a third in the last decade.

There are likely many ways that you can reduce your own use of water outdoors, even if you don’t water a lawn or want to rip it out entirely. You can look for ways to reduce the size of your lawn or any other areas that require irrigation. And when you do water your lawn, flower beds, or vegetable gardens, you might be able to do so more sparingly.

For example, my family lives outside of Charlottesville, Virginia, where we receive more than 40 inches (>1000 mm) of rain each year, on average. That’s more rain than most areas of our country receive, but even here, we found that we were pouring a considerable volume of water into our flower beds and vegetable garden. By switching to a drip irrigation system instead of using water sprinklers we were able to substantially cut our outdoor water use. We also installed a large (600-gallon) water cistern in our backyard, enabling us to capture rainfall from our house roof, enough to completely avoid having to use public water supplies for outdoor watering. 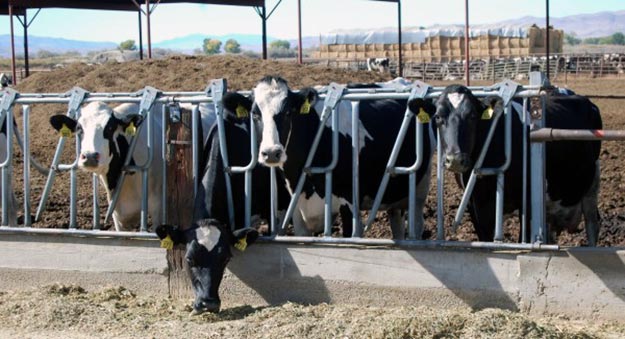 Be Selective in Your Consumption of Animal Products

In the late 1990s, Tony Allan, a professor at King’s College in London, pointed out that much of our dependence on water is indirect or “virtual water,” meaning that it requires water to produce the food and other goods we consume. One of Allan’s students, Arjen Hoekstra, pioneered techniques to quantify the virtual water used in growing or manufacturing a product, now known as the “water footprint” of a product.

Hoekstra and his colleagues at the University of Twente in the Netherlands have documented that it takes 50-100 times more water to produce our food than we use in our homes. In fact, they have estimated that more than 90 percent of all the water consumptively used by our global population goes to irrigated agriculture. As Arundhati Roy wrote in The God of Small Things, “More rice, at the price of a river.”

Even more astonishing is the fact that more than a quarter of all water consumed in crop production – equaling nearly one-fourth of all water consumptively used in the world – goes into producing animal-based goods such as meat, milk, cheese, eggs, and leather. This is due to the enormous volumes of water required to grow animal feed such as hay, alfalfa, or feed corn. It takes about 130 gallons to produce a dinner salad, but ten times that much to produce a steak.

This is a big deal in many industrialized countries that are facing water shortages. For example, here in the US, the use of water to grow cattle feed is the leading cause of groundwater overdraft in the High Plains (includes Ogallala) and Central Valley (California) aquifers, and in the drying of the Rio Grande and the Colorado River in the American Southwest. Growing animal feed is also a rapidly intensifying challenge for countries such as China and India, where meat consumption is rising steeply along with personal incomes. Since 1980, the water required to meet the food demands of the Chinese population has doubled, largely because of greatly increased meat consumption. Meat production takes anywhere from five to ten times more water to produce a ton or a calorie as it does to produce other foods such as wheat or vegetables.

If you are concerned about the impact of your water footprint on the planet’s dwindling water sources, you may want to be more selective in your consumption of animal products. You might decide to consume less of these foods, and only buy the leather products you really need. You can also try to buy animal products that have been produced using feed grown only with rain (not irrigation), thereby lightening your impact on freshwater sources. And you can selectively purchase these animal products from companies that have demonstrated that they use water very carefully — see “Support the Alliance for Water Stewardship” below.

We all have to eat, so there will be limits to the degree to which we can lighten our water footprints with dietary changes.

But here’s another really big way to shrink the food portion of your water footprint: stop wasting food. Researchers at the Stockholm International Water Institute estimate that as much as half of all food is either lost or thrown away between farm fields and markets, or wasted by consumers. That means that we could reduce total global water consumption by more than one-third if we could eliminate food loss and waste!

American households throw away about 30% of the food they bring home from the market. If we could eliminate that waste, we could supply the in-home water needs of 500 million people. That’s considerably more than the entire population of the U.S. today (317 million). Or better yet, we could allow that saved water to remain in our rivers, lakes and aquifers to support fish and other aquatic life that has become dangerously threatened by the depletion of freshwater sources.

Support the Alliance for Water Stewardship

The three ideas discussed above can be implemented by each of us in our daily lives. But you also have an opportunity to influence water use by the corporations that supply your consumer goods. Considering that corporations – primarily those that produce crops or depend on agricultural inputs for their products – account for at least two-thirds of all water consumed globally, it is really important to encourage companies to use water as carefully as possible.

Thankfully you won’t need to do your own research into each company’s water use practices! The Alliance for Water Stewardship is finalizing its design of a new voluntary certification program that will recognize companies that are using water in a sustainable manner. If you’re interested in seeing what they will be asking companies to do, check out their website to view the AWS Standard to be released in April 2014. By doing whatever you can to encourage large companies to pursue AWS certification, you can have a truly meaningful impact on global water use.