How Much Water Do Nations Consume? 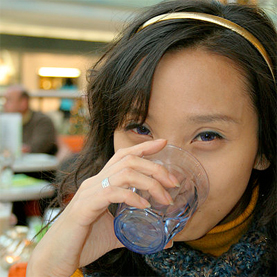 We hear every day about the need to conserve freshwater. That goal seems sensible—although knowing if humankind is making any progress could be impossible without a reliable way to quantify how much water nations use.

To find out, engineers Arjen Hoekstra and Mesfin Mekonnen at the University of Twente in the Netherlands calculated the water footprint of the world’s countries as well as per capita water consumption in those nations.

Overall, the world is using 9,087 billion cubic meters of water per year. China, India and the U.S. consumed the highest annual totals: 1,207 billion, 1,182 billion and 1,053 billion cubic meters, respectively, followed by Brazil at 482 billion. But the water consumed per person in these and other countries varies considerably, due primarily to higher living standards or widespread waste among consumers. The U.S. had the world’s highest per capita water footprint, at 2,842 cubic meters per annum.

Meat consumption accounts for 30 percent of the American figure, and sugar consumption is responsible for another 15 percent, Hoekstra says. In India, where few people consume much meat, the individual footprint is only 1,089 cubic meters a year. The global annual average per capita is 1,385 cubic meters.

As you might guess, populous countries use a lot of water to produce their food and products, but inefficient agriculture or dependence on water-intensive foods such as meat can exacerbate demand. Some countries also export significant quantities of water in the form of food and products, complicating their own water balance, as shown in Scientific American’s June 2012 Graphic Science column.

Hoekstra and Mekonnen went through exhausting calculations to figure out each nation’s water footprint. Basically, they added three quantities: the consumption of rainwater (the so-called green water footprint); the use of ground- and surface water (blue); and the volume of gray water polluted (and therefore depleted). The specific calculations can be found in their online paper as well as its supplemental material.