Currently, if you want to check water supplies for the presence of toxic bacteria, you have to take a water sample and then culture it in a lab over several days. In the meantime, it’s impossible to say if the water source is safe to use. A group of students from the Technical University of Denmark, however, have created a sensor that they say can detect bacteria in water instantly, on the spot. 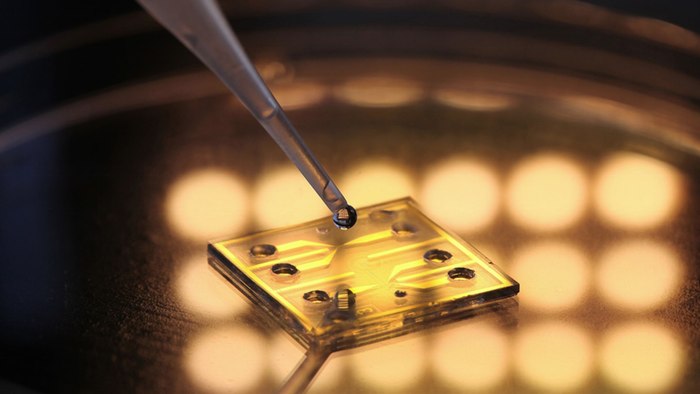 This involves running a liquid sample continuously through a microfluidic channel. Within that channel is a series of electrodes, to which a multi-voltage electrical signal is applied. As bacteria and other particles flow across those electrodes, they cause a change in impedance, which is detected by the sensor.

Because the impedance change caused by bacteria is different than that of other waterborne particles, it’s reportedly possible to differentiate between the two, and to obtain accurate real-time readings of their relative concentrations within the sample. In fact, because the changes vary even between different types of bacteria, SBT claims that the technology can simultaneously detect all types of bacteria present in the water.

Along with its use in hand-held devices that could be used to perform inspections at varying locations, the sensor could also be integrated into multiple interconnected unmanned water-testing stations along one waterway. If any of them detected harmful bacteria, they could instantly raise an alarm, with the network tracking the flow of the contamination.

The sensor is expected to be commercially available sometime next year.