More than one billion people – one sixth of the world’s population – are without access to safe water supply. At any given moment, about half of the world’s poor are suffering from waterborne diseases, of which over 6,000 – mainly children – die each day by consuming unsafe drinking water. The world’s most prolific killer though is diarrhoeal disease from bacteria like typhoid, cholera, e. coli, salmonella and many others. 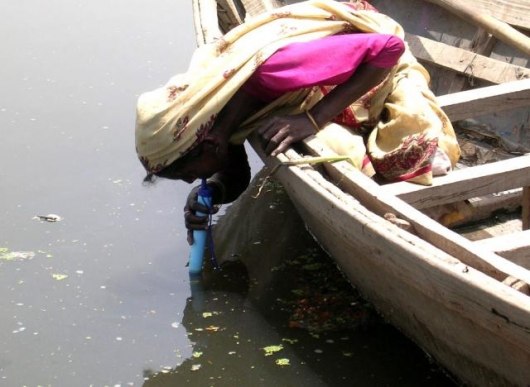 Safe water interventions have vast potential to transform the lives of millions, especially in crucial areas such as poverty eradication, environmental upgradation, quality of life, child development and gender equality. LifeStraw was developed as a practical response to the billions of people who are still without access to these basic human rights.

The aptly-named LifeStraw is an invention that could become one of the greatest life-savers in history. It is a 25 cm long, 29 mm diameter, plastic pipe filter and costs just a few dollars (the manufacturers originally informed us the price was around US$2.00 but the price is now under review and we’ll be posting a new price shortly. The most prolific killer of human beings in developed countries is the automobile, followed by a host of diseases resulting mainly from an indulgent lifestyle. 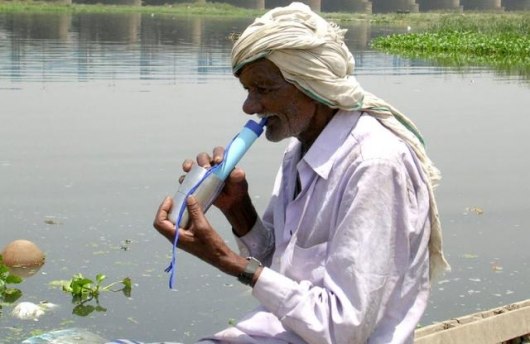 Millions of people perish every year because they simply don’t have clean water to drink. Until now, there was not much we could do about this because systems to clean water were costly and required electricity and spare parts and and and … but the LifeStraw now offers a viable means of saving tens of millions of lives every year.

LifeStraw is a personal, low-cost water purification tool with a life time of 700 litres – approximately one year of water consumption for one person. Positive test results have been achieved on tap, turbid and saline water against common waterborne bacteria such as Salmonella, Shigella, Enterococcus and Staphylococcu. 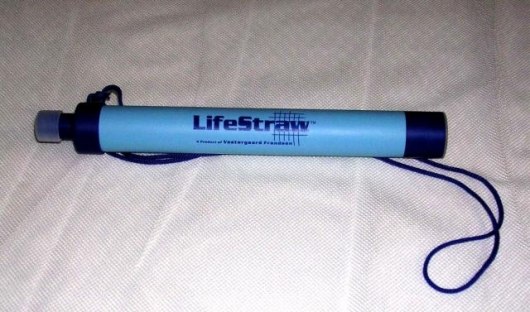 If we (as in the big WE) can find a way of manufacturing and distributing one of these to each human at risk, every year, we could save countless lives (now there’s a noble outcome for the tech blogs and mags of the world to work together to promote this). Each LifeStraw lasts for one person’s annual needs of clean water – a simple straw costing a few dollars will ensure that one at-risk person will not die for a year – now that’s a donation we can all make with a serious kicker!

This LifeStraw was designed with special emphasize on avoiding any moving parts, as a sealed unit with no replaceable spare parts, and avoiding the use of electricity, which does not exist in many areas in the 3rd world. But as force (power) is required to implement the filtering, Vestergaard Frandsen chose to use the natural source of sucking, that even babies are able to perform. A brief technical rundown is available at MedGadget, the internet journal of emerging medical technologies. 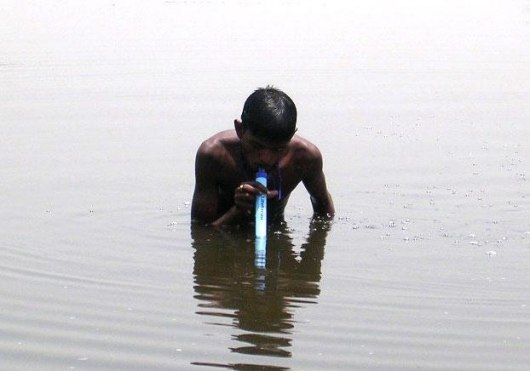 Vestergaard Frandsen have managed to produce this product at a price that people in this business find hard to believe, but believed it had to achieve a price affordable to the Third World consumer.

The original idea was created ten years ago by Torben Vestergaard Frandsen, but over the years in partnersjhip with The Carter Center, Rob Fleuren from Holland and Moshe Frommer from Israel, the Lifestraw emerged from work designed to make water filters capable of safeguarding against Guinea Worm. The invention which emanated from the work, the, LifeStraw, can keep away bacteria and diseases like diphtheria, cholera and diarrhoea.

We’ll have more information on LifeStraw in the next week . In the meantime, LifeStraw has been nominated for a prestigious and vitally important INDEX: AWARDS

INDEX: Awards focus specifically on design that significantly improves life for a large number of people and there’s a lot more information available in their nomination lists on the LifeStraw.

The LifeStraw web site is now open. Our suggestion is that if you are involved in a charity or community group, you make your group aware of this invention and its potential to improve the lives of millions of our less fortunate planetary brethren.