The easiest way to create a nature reserve from a car park is simply to declare it as such. The land is then designated as protected, and counts towards the relevant government’s targets to set aside a certain amount of its territory from development. That is a ridiculous example, of course, and would never happen on land — so why do we allow a similar exercise to happen in the sea? 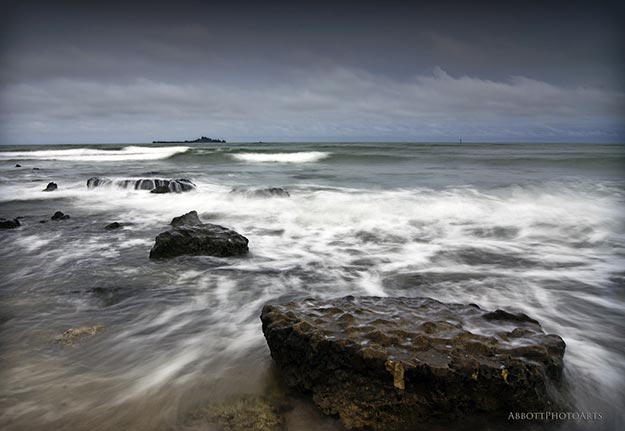 No one should doubt that our seas need protection. Overfishing, pollution and climate change are fundamentally changing some of the most important regions on the planet. And the conservation response — marine protected areas (MPAs) — should be a key tool to safeguard the world’s maritime environment. By setting aside areas in which human activity is tightly regulated, the thinking goes, governments can ensure that key habitats and species are preserved.

“Declarations of protection are worthless without actions and, crucially, without money.”

Certainly, good MPAs such as those in Hawaii and around the Great Barrier Reef can bring great benefits, from saving individual species from extinction to preserving entire coral-reef or deep-sea ecosystems. And the number of these areas is on the rise, as the world’s governments crawl towards a target to protect 10% of the oceans.

But to get the most from these areas, much greater efforts are needed. In the sea, as on land, balancing the recommendations of scientists with commercial needs and other interests is always tricky for politicians. Still, as highlighted on page 166, and as shown by recent developments in Australia (see Nature 480, 14–15; 2011), there are growing concerns about the poor science base of many of the existing and proposed MPAs.

As Australia divides up its waters into a patchwork of protected, recreational, commercial and multipurpose areas, researchers say that the country is ignoring evidence that would make this zoning stronger. These concerns, which surfaced over proposals for the southwest region, again in the northwest region and then most recently in the plan for a huge reserve in the Coral Sea, centre on whether enough sea has been given the highest level of protection and whether the areas that are highly protected include a representative selection of all necessary habitats. The second question in particular is one on which the voices of researchers must be heard by government, and acted on.

And even when reserves are established on the basis of sound science, governments must ensure that they can protect the areas properly. It is telling that even the prosperous United States may be failing in this. Jane Lubchenco, the head of the US National Oceanic and Atmospheric Administration, says: “We don’t have the resources that we need to actually monitor, enforce and understand these areas.” If the United States is having trouble, what hope is there for the less-developed nations?

In the sea, as on land, declarations of protection are worthless without actions and, crucially, without money.

Equally, governments must not fall into the trap of thinking that designating and protecting a certain percentage of our seas will solve all maritime conservation problems. Larger efforts to reform our approach to the oceans, from fisheries to extraction, are long overdue. Efforts in New England waters have demonstrated that it might be possible to manage local fisheries sustainably, and international agreements — such as those that have safeguarded Antarctica — show that countries can pull together under the right circumstances. For too long what has been out of sight has also been out of mind. The rise of MPAs should be a starting point for a reformation, not a tool to hit a target so that we say ‘job done’ and move on to other issues.