Parrot takes to the water with a new hydrofoil drone

Parrot is already known for its drones that fly through the air and roll/jump along the ground, but until now the French company hasn’t had much to do with the water. That’ll change next month, however, when Parrot releases its Minidrone Hydrofoil. 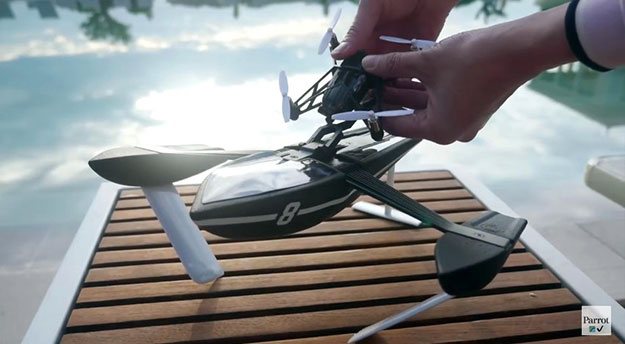 The new product consists of two components – a main unpowered hydrofoil body, and a Parrot aerial Minidrone that can be attached to its deck via a hinged mount. When the Minidrone is fired up, instead of going straight up into the air as it would ordinarily, it pivots to sit perpendicular to the watercraft, turning it into a miniature fan boat. 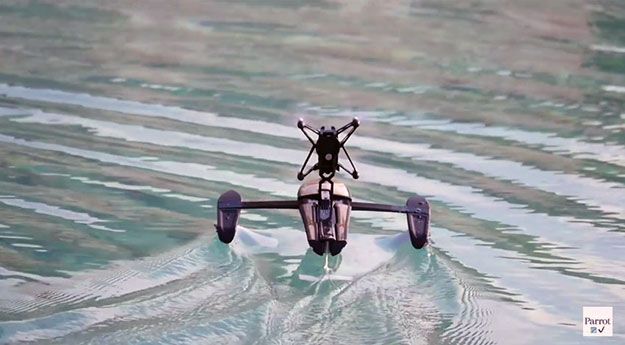 As the boat gains speed, its hull rises up out of the water, supported by its three foils. This hydrodynamic configuration reportedly allows it to reach a top speed of 5.4 knots (6 mph or 10 km/h), and to execute sharp turns without tipping. It’s controlled via Bluetooth using a free iOS/Android app, up to a range of 20 m/65 ft.

Power is supplied by a 550-mAh lithium-polymer battery, which should provide seven minutes of use per charge. As an added bonus, the Minidrone itself can be removed and flown normally, using its built-in camera to record 640 x 480 VGA video. 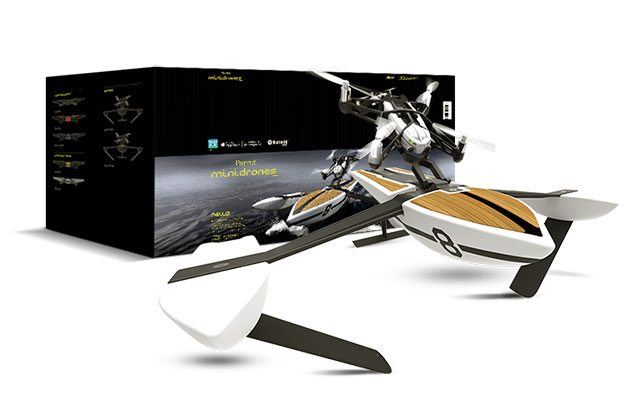 The Parrot Minidrone Hydrofoil will be available in August priced at US$179, in a choice of two designs. It can be seen in action, in the video below.