Much scientific effort goes into shoring up both our energy and water supplies for the future, but what if both problems could be addressed by the same technology? Researchers at the University of Illinois have come up with a new battery design that not only relies on salt water to store and release electricity, but removes the salt ions from the water in the process. 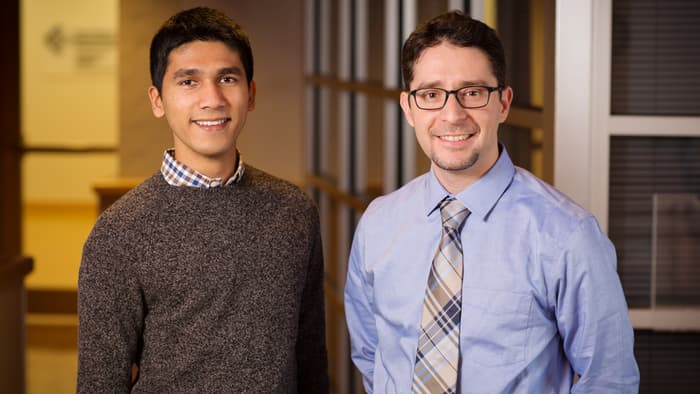 Lithium-ion batteries have served us well when it comes to smartphones and laptops, but their suitability in large-scale energy storage leaves much to be desired. The relative scarcity of lithium has led scientists toward more abundant alternatives, one of which is the sodium that makes up more than 2.6 percent of the Earth’s crust.

Though still in its early stages, sodium-ion battery technology has shown potential as a cost-effective solution to our energy problems. Last year researchers combined it with other inexpensive and abundant materials in a battery concept that they claimed could one day be scaled up to construct enormous storage cells for power stations. This followed the demonstration of a sodium-ion-powered electric bike six months earlier.

University of Illinois engineers have now developed a sodium battery that, like its lithium-ion counterparts, has ions travel from one electrode to another. In a regular sodium battery, this would leave one electrode full of desalinated water, but only momentarily as the sodium ions then reenter as the current flows back the other way. The Illinois researchers have developed a mechanism to stop this occurring.

“In a conventional battery, the separator allows salt to diffuse from the positive electrode into the negative electrode,” says professor Kyle Smith. “That limits how much salt depletion can occur. We put a membrane that blocks sodium between the two electrodes, so we could keep it out of the side that’s desalinated.”

The researchers carried out modeling to investigate how their device might perform with salt concentrations on par with seawater. They claim it could recover around 80 percent of desalinated water, though this does not take into consideration other water contaminants. They are now working towards using real seawater in the device to see how it performs.

The most common approach to water desalination, called reverse osmosis, involves passing water through a membrane to separate the salt and is both expensive and uses a lot of energy. To be cost-effective, reverse osmosis plants also need to be large. By contrast, Smith says his battery can be either small or large, adapted to various applications and requires very little energy to draw out the salt.

The research was published in the Journal of The Electrochemical Society.

The video below provides an overview of the battery.