Temperatures in West Antarctica are have increased by 4.3°F over the past 50 years or so, according to a new paper released Sunday in Nature Geoscience. That increase is far more than scientists have thought, and nearly as much as the 5°F rise on the nearby Antarctic Peninsula, the fastest-warming region on Earth.

It’s a cause for serious concern, say the study’s authors: West Antarctica holds enough fresh water to raise sea level by 11 feet if all the ice melted, and even a fraction of that amount could prove catastrophic to coastal areas where hundreds of millions of people live. 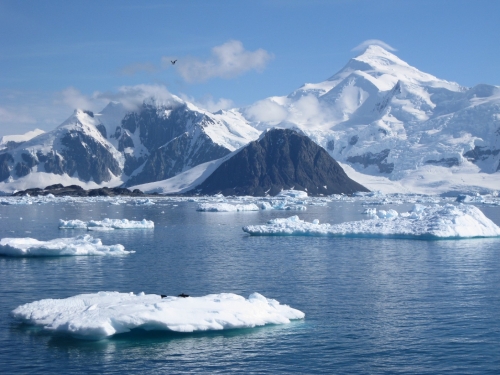 In fact, the 8 inches or so of sea level rise the world has experienced since 1900 is already enough to have boosted the power of storm surges, put pressure on infrastructure in places like South Florida and exposed millions of Americans to the danger of coastal flooding. The 3 feet of additional rise expected by 2100 will make all of these problems vastly worse.

West Antarctica currently adds just a tenth of the current .18 inches of annual sea level rise scientists have measured. But, “if this trend continues, its contribution to sea level rise, could become significant. Not today or tomorrow, but a few decades in the future,” said lead author David Bromwich, of Ohio State University, in an interview.

The reason Bromwich and his colleagues set out to analyze West Antarctic temperature trends is that previous studies have disagreed about what’s happening in that part of the continent. That’s because there are fewer than 20 weather stations in all of Antarctica, whose vast land area equals that of the continental U.S. AND Mexico, so scientists have to make educated calculations about what’s happening in between.

That is less of a problem on bigger, colder East Antarctica, where even a significant temperature increase wouldn’t push the mercury above the freezing point. In the west, though, the ice is already somewhat unstable since much of it sits on land that’s below sea level.

Relatively warm ocean currents have already started eroding the ends of glaciers from below, allowing the ice to flow faster toward the sea. On the Antarctic Peninsula, meanwhile, ice shelves have abruptly collapsed, and in this case, much of the damage has come from meltwater on the surface. “Melting does bad things to ice shelves,” Bromwich said in an understatement.

What’s happening to temperatures in West Antarctica, therefore, could have a big effect on the ice, so Bromwich and his colleagues set out to do a new analysis. There is a weather station in that part of the continent, but temperatures haven’t been taken consistently since the station was established in the late 1950s.

To fill in the gaps, the scientists used a technique known as weather reanalysis, in which climate models predict what temperatures should have been in various places around the globe. Then the models are tested against what actual temperatures were, and refined.

The result is a set of temperature reconstructions that can fill in gaps in the actual record with relatively high accuracy. “It was a big detective undertaking. We think the errors are quite small,” Bromwich said.

The scientists found that winter and spring temperatures rose the most over the 50-year period they studied, but summer temperatures rose as well. Most of the time, they didn’t quite get above freezing, but Bromwich said, “we’ve seen some years when satellites have showed extensive melting” — something like the surface melting seen last summer in Greenland, where temperatures year-round have always been significantly higher than in West Antarctica.

“The point is that the closer you get to freezing, the more likely you are to cross that threshold,” Bromwich said.

And while Bromwich noted that “the Arctic has gotten a lot of attention this year,” in coming years, the world’s attention may be focused on the opposite end of the globe.