The Sea Breacher – under, over, and on the water two seater recreational craft

Innespace Productions, co-founded by New Zealander, Rob Innes and Californian Dan Piazza, has just unveiled its latest submersible watercraft, the SeaBreacher. The two seat Dolphin (this along with the Bionic Dolphin constitute a new type of recreational watercraft modelled on a dolphin) was recently selected as one of Time magazine’s 2006 Best Inventions. 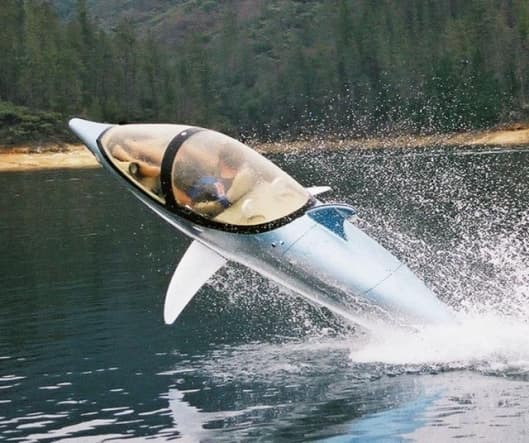 The second model Innespace has designed and built, the new SeaBreacher is fifty percent larger than the original vessel in order to accommodate two full size occupants and larger engine packages. The current prototype is powered by a 130kW Atkins Marine rotary engine. The supercharged race version will produce over 180kW and an international race series is planned. The 12mm thick canopy on the SeaBreacher is taken from the new F-22 Raptor jet-fighter. 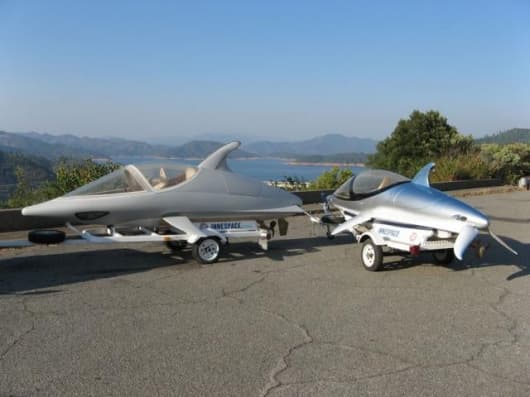 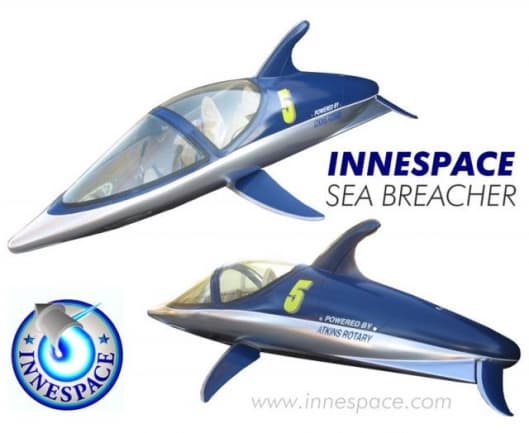 Innespace craft were featured on the hit TV show Monster Garage and have performed live demonstrations throughout the US, including a nationally broadcast demonstration on the Chicago River on the Today Show. Innespace plans to launch a new aquatic racing event featuring a number of their new SeaBreacher vessels. Sponsored vessels will race head to head as they jump over, dive under and smash through obstacles set along a specially set up race course. Innespace compares their new event to the popular spectator sport of Monster Truck racing. 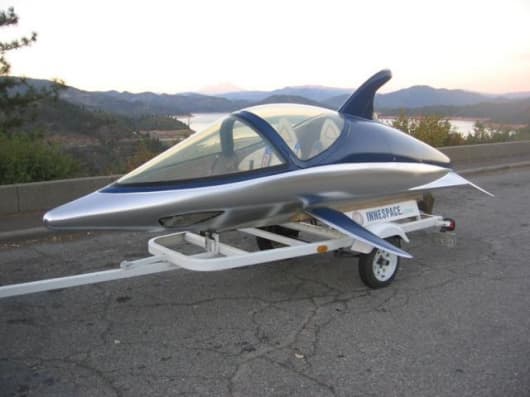 “We are working on our two seat Dolphin, SeaBreacher, and continue to exhibit the single seater which is called Angel,” Piazza told Gizmag. 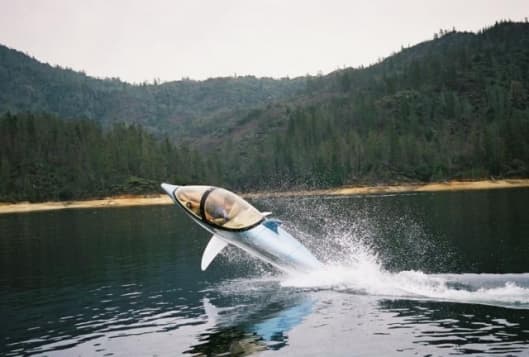 “At this time we have no plans to sell any of our vessel to the general public. We started building these Dolphins for fun and now we want to start racing them and we believe this could be an exciting new spectator sport.

“Teams could safely compete with their own sponsored vessels in a controlled environment. We plan to launch a sanctioned racing league for race ready versions of our new vessel to compete at existing boat racing events.”