Researchers from the University of Alexandria have developed a cheaper, simpler and potentially cleaner way to turn seawater into drinking water than conventional methods. 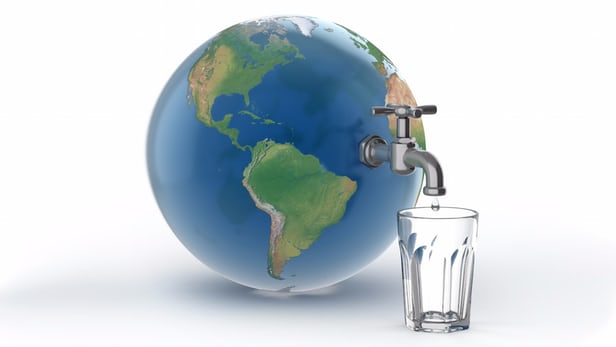 Researchers in Cairo have invented a cheap, simple way to turn seawater into drinking water

This could have a huge impact on rural areas of the Middle East and North Africa, where access to clean water is a pressing issue if social stability and economic development is to improve.

Right now, desalinating seawater is the only viable way to provide water to growing populations, and large desalination plants are now a fact of life in Egypt and other Middle Eastern countries.

Most of these plants rely on a multi-step process based on reverse osmosis, which requires expensive infrastructure and large amounts of electricity. These plants release large quantities of highly concentrated salt water and other pollutants back into the seas and oceans as part of the desalination process, creating problems for marine environments.

That’s why the race is on to find a cheaper, cleaner and more energy-efficient way of desalinating sea water.

In a paper published last month in the journal, Water Science & Technology,researchers Mona Naim, Mahmoud Elewa, Ahmed El-Shafei and Abeer Moneer announced that they have developed a new way to purify sea water using materials that can be manufactured easily and cheaply in most countries, and a method that does not rely on electricity.

The technology uses a method of separating liquids and solids called pervaporation. Pervaporation is a simple, two-step process – the first step involves filtering the liquid through a ceramic or polymeric membrane, while the second step requires vaporizing and collecting the condensed water. Pervaporation is faster, cleaner and more energy efficient than conventional methods, not least because the heat required for the vaporization stage does not necessarily have to be electrically generated.

Pervaporation is not new – it has been in use for many years. But the membrane used in step one has been expensive and complicated to manufacture.

The breakthrough in this research is the invention of a new salt-attracting membrane embedded with cellulose acetate powder for use in step one of the pervaporation process. Cellulose acetate powder is a fiber derived from wood pulp and is, according to the researchers, cheap and easy to make in any laboratory.

According to the paper, the membrane can quickly desalinate highly concentrated seawater and purify even badly contaminated seawater. It can also be used to capture pollutants and salt crystals to minimize pollution of the environment. The membrane can be used in very remote situations using fire to vaporize the water.

The researchers have yet to prove the commercial viability of the product, but if they can, it could be a promising alternative for developing countries where water and electricity is a scarce resource.