Researchers at Alexandria University in Egypt have unveiled a cost-effective desalination technology which can filter highly salty water in minutes. 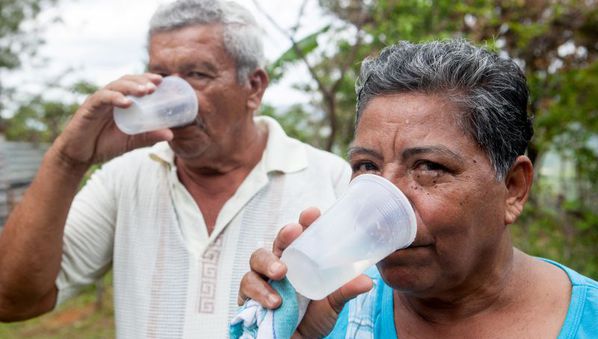 The technology is based on membranes containing cellulose acetate powder, produced in Egypt. The powder, in combination with other components, binds the salt particles as they pass through, making the technique useful for desalinating seawater.

“The membrane we fabricated can easily be made in any laboratory using cheap ingredients, which makes it an excellent option for developing countries,” says Ahmed El-Shafei, an associate professor of agricultural and biosystems engineering in Alexandria University, and an author of the study.

The technology uses pervaporation, a technique by which the water is first filtered through the membrane to remove larger particles and then heated until it vaporises. The vapour is then condensed to get rid of small impurities, and clean water is collected.

According to the research paper, published in Water Science and Technology last month, this method can be used to desalinate water which contains different types of contamination, such as salt, sewage and dirt. This kind of water is difficult to clean quickly using existing procedures.

The membrane technology in combination with vaporisation can be applied in remote settings, as it requires only the membranes for the filtering process, and fire to vaporise the filtered water, the researchers say.

Pervaporation is used to separate organic liquids, like alcohols, and is one of the more common systems used in sewage treatment to separate water from organic solvents. The technology has been around since the mid-90s, Helmy El-Zanfaly, a professor of water contamination at Egypt’s National Research Center.

But, he says, “What is new is making the membrane locally, using materials abundant in Egypt and developing countries.” El-Zanfaly adds that existing pervaporation membranes are fabricated using complicated procedures, making them unsuitable for cheap production.
You might also like

“The technology implemented in the study is much better than reverse osmosis, the technology currently used in Egypt and most of the countries in the Middle East and North Africa,” El-Zanfaly says. “It can effectively desalinate water with high concentration of salt like that of the Red Sea, where desalination costs more and yields less.”

The technology can be adapted for commercial use by fabricating larger sheets of the membrane and cutting these into suitable swathes, according to El-Shafei. The next step for the team is to establish a small desalination unit as a pilot project for the technology.