A Swedish technology company called Orbital Systems is tackling the issue of water conservation with a new household shower that purifies any water that goes down the drain and sends it back to the shower head. By the company’s estimations, its closed-loop system could retain over 90 percent of the water and 80 percent of the energy consumed by an ordinary shower. 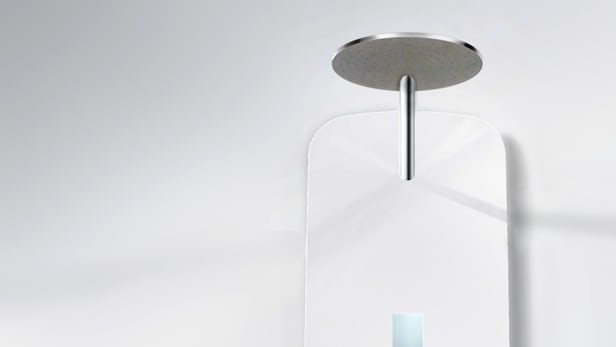 The OrbSys Shower, as the creators have been calling it, is fairly simple in concept, but requires some cutting-edge technology to function properly. To recycle the water coming out of it, a sophisticated filtering system and pump is fitted directly beneath the shower drain in the floor. As the soapy, used water flows into the drain, it’s immediately purified and pumped right back into the shower to be re-used again and again. It’s a similar system to the kind astronauts use on space shuttles, which may explain why Orbital Systems has collaborated with the Johnson Space Center at NASA on the project.

Instead of a set of knobs like in most showers, the current model of the OrbSys Shower has a touchscreen embedded in the wall, which allows users to check its status and adjust the temperature and water flow more precisely. According to a CNN report, the floor of the shower is also designed like an access panel, so homeowners can easily lift it up to check the filter and replace it if needed. Once a new one is in place, used filters can be sent back to Orbital Systems for recycling. 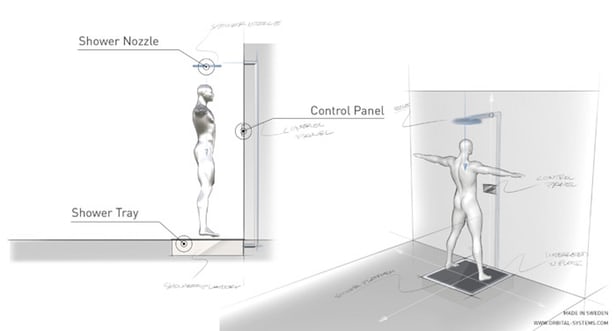 Also in that report, company founder Mehrdad Mahdjoubi explained that running an average shower for 10 minutes consumes approximately 150 L (40 gallons) of water, whereas this recycling shower consumes only 5 L (1.3 gallons). Because the water going through the filtration process is already heated when it leaves the shower head the first time, it also takes much less energy to warm it back up to the desired temperature and re-use it. And unlike low-flow shower heads, which reduce the volume of water coming out, the OrbSys Shower maintains a consistent water pressure and a high flow rate up to 24 L/min (6.3 gallons/min) while still wasting less water. 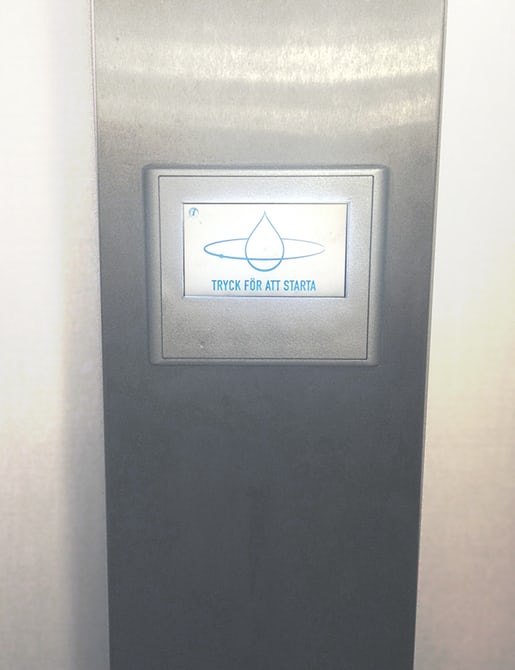 As a bonus, this constant filtering results in cleaner water than what comes out of a typical tap. Through testing at the Swedish Institute of Diseases and Alcontrol Laboratories, the team found the shower system removed over 99 percent of endotoxins, DNA, and micron-sized particles that passed through it. Orbital Systems claims the water that passes through its shower is actually of a higher quality than drinking water, which is part of the reason the company is also exploring how the shower could be used in areas with clean water shortages. 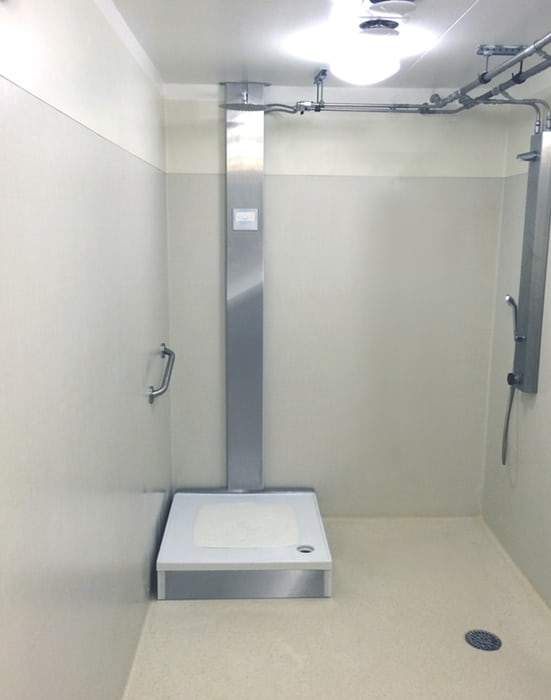 If helping the environment and the prospect of bathing in purified water doesn’t sway some consumers though, the shower’s financial benefits might catch their attention. It depends on several factors, such as a person’s location and typical shower usage, but the company estimates that a typical family of four in the United States could save over US$1,500 each year by switching to its new showers. 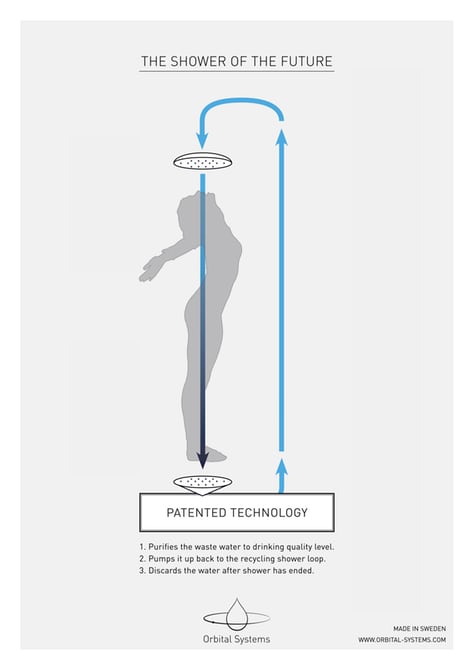 At this time, Orbital Systems has only installed its showers in the Ribersborg open-air bath house located in the company’s home town of Malmö, Sweden, which has served as a prime location to test its capabilities. The facility caters to over 170,000 visitors annually, which ensures the showers are being used almost constantly during the day to rinse off people who are likely covered in algae, plankton, seaweed, and other debris from the nearby ocean. According to Orbital Systems, just replacing two of the showers in the bath house with its recycling ones has saved over 100,000 L (26,000 gallons) of water during this past summer alone.

In the future, the company hopes to find more locations to test its shower technology and possibly adapt the system to other household water sources, such as kitchen sinks and drinking fountains.