On Australia’s western coast, the city of Perth is in critical danger of depleting the water reserves held by its dams. In response, the government is pumping treated wastewater into the Gnangara Mound Aquifer. Wastewater is being recycled in hopes that it will alleviate the stress placed on Perth’s water supply; the highly treated water could reach homes within 18 months. 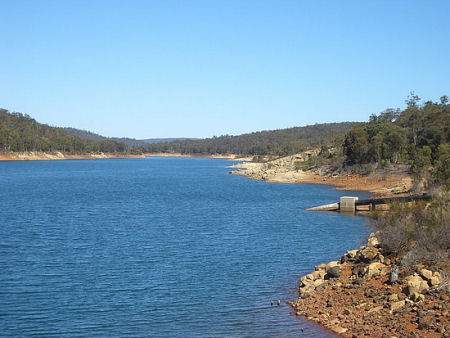 Western Australia has been experiencing drought conditions since 1970, with winter rain levels decreasing as much as 20% since that decade according to WA Today after a study on the drought was released. The reservoirs that typically provide Perth’s drinking water are currently around 20% full so the government is looking into alternatives. Since a study by the University of Western Australia’s Centre for Water Research predicts that supplies will run out by the 2012 summer if nothing is done, finding an alternative water supply is urgent.

There is however much opposition to the plan to recycle wastewater, including from scientists in Australia and the US. Steven Oppenheimer of California State Northbridge University and Peter Collignon of Australian National University agree that recycled drinking water could be a health risk, reported The West Australian. Oppenheimer said that the plan was the equivalent of “playing Russian roulette” with health, while Collignon stressed the importance of rigorous testing before implementing any recycled water into the drinking supply as he believes current tests are not sufficient. Government policymakers insist the recycling method is safe, however, and emphasise that the water is needed quickly.

“Some people are nervous about recycled water being used in Western Australia. Time to get over that,” said Brendon Grylls, leader of the National Party of Australia, as quoted by the Sydney Morning Herald.

Jorg Imberger, director of the Centre for Water Research, said recycled water is the only option for water-stressed Western Australia and must be a top priority, according to WA Today. While the current plan is to allow the treated wastewater to mix with the aquifer’s natural water for 18 months, Imberger believes the process can, and should, be accelerated. “My opinion is, pull it out right away; there’s no health issues,” Imberger told WA Today.

Australia will not be the first to turn wastewater back into drinking water. Singapore has been doing it for seven years and produces 30% of its freshwater needs through recycled grey water (branded NEWater). After the water passes through traditional water treatment plants, it is purified for drinking through a three-step process that includes micro-filtration, reverse osmosis and ultraviolet treatment.

Recycled water has also been used to recharge groundwater supplies in Orange County, California, according to the US Environmental Protection Agency. The EPA states that recycling water provides a locally controlled water source and keeps water from being diverted from natural ecosystems.