With climate change predicted to increase the severity and frequency of drought events in many part of the world, water conservation is a growing concern. New water retention technology developed at Michigan State University (MSU) could help quench the thirst of parched crops while using less water, not only enabling crops to better deal with drought, but also improving crop yields in marginal areas. 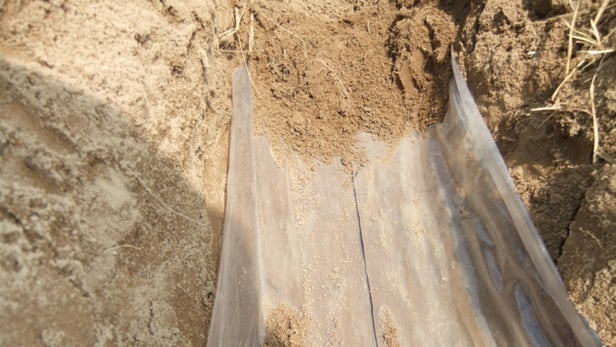 Coarse, sandy soils found in semi-arid and arid regions have large pores that absorb large quantities of rainfall. However, they retain less than 20 percent of the water in the root zone that sits between the surface and depths of 60 to 70 centimeters (24 to 27 inches), leaching losses of nutrients and other chemicals into ground water as the water drains away.The subsurface water retention technology (SWRT) developed by Alvin Smucker, MSU professor of soil biophysics and MSU AgBioResearch scientist, strategically places polyethylene water barrier films at various depths in the soil. The membranes are flexible, allowing them to be shaped to maximize water retention and provide space for root growth.

The films, which are installed using a specially designed barrier installation device (BID), retain water within the upper 70 to 100 centimeters (27 to 39 inches) of the soil, which Smucker claims has the potential to increase water retention efficiencies by up to 20 times. With proper spacing of the films, excess rainfall is also able to drain away.

Aside from the potential water savings, the films also promise to cut fertilizer costs and reduce groundwater contamination by agricultural chemicals. The polyethylene barriers are also faster and less labor intensive to install than asphalt barriers, as well as being more durable, lasting at least 40 years. 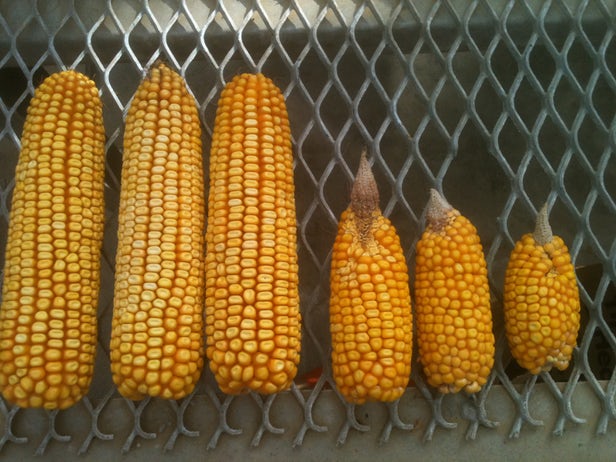 Prototype tests carried out in drought conditions saw irrigated sands produce 145 percent more cucumbers than control fields without the films, and also increased corn yields 174 percent. In addition to agricultural crops, the technology could also be used to increase the yield of cellulosic biomass feedstock used for fuel production that are grown on marginal lands.

“This technology has the potential to change lives and regional landscapes domestically and internationally where highly permeable, sandy soils have prohibited the sustainable production of food,” Smucker says. “Water retention membranes reduce quantities of supplemental irrigation, protect potable groundwater supplies, and enable more efficient use and control of fertilizers and pesticides.”

A team will test the patent pending technology “in the field” on farms in irrigated sandy regions of southwestern Michigan as well as semi-arid and arid regions of the south western and mid western U.S. with MSU researchers also looking at implementing the SWRT films in global locations susceptible to drought.