California Today: A Fight Over Water in the Mojave

A company’s vision to pump water from the Mojave Desert and sell it to thirsty Southern California cities had looked to some to be a long shot. 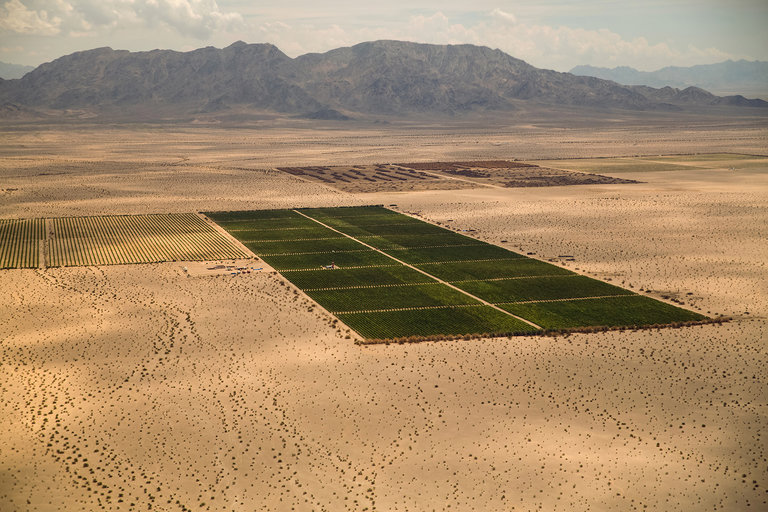 Lemon orchards in the Cadiz Valley in 2015

Cadiz Inc., which owns about 50 square miles atop a major aquifer in the Cadiz Valley, has pushed proposals to tap the water since the 1990s. The latest iteration has been mired for years in a thicket of regulatory and legal hurdles.

But a series of developments has invigorated backers of the project, which involves both federal and state jurisdictions.

Investors appear to have taken note. Last month, Cadiz announced up to $255 million in new funding.

Environmental groups and some lawmakers, including Senator Dianne Feinstein, have warned that the Cadiz plan could wipe out springs that sustain desert plants and wildlife.

Mr. Haney said pumping in the Mojave could permanently damage the groundwater basin through subsidence, or sinking of the ground. “Once we break it, we can’t get it back,” he added.

A major point of contention between the two sides is whether the aquifer would be naturally recharged in equilibrium with the water being removed. The science is fiercely disputed.

Cadiz wants to pump 50,000 acre-feet of water a year over the next half-century, enough to sustain about 100,000 homes and earn the company more than than $1 billion in revenue.

Supporters, including a number of state lawmakers, say environmental reviews and court tests have shown the project to be sound.

Some water experts say projects like Cadiz offer only incremental relief and distract from what should be the focus: conservation.

“It just seems like somebody trying to make money,” said Jay R. Lund, head of the Center for Watershed Sciences at the University of California, Davis.

To solve our water dilemma, he added, we should look to cities in places like Spain and Israel, where per capita water use has been cut to as little as a quarter of those in California.