Deep-Water Corals Glow for Their Lives

Coral reefs are economic mainstays and critical habitats. But something else makes them amazing: their otherworldly glow. Both shallow and deep-water corals emit fluorescent light, but until now, scientists only understood why shallow-water corals light up. Now, reports Laura Castells for Nature, the other half of the puzzle has been revealed and it turns out that the different kinds of corals glow for very different reasons. 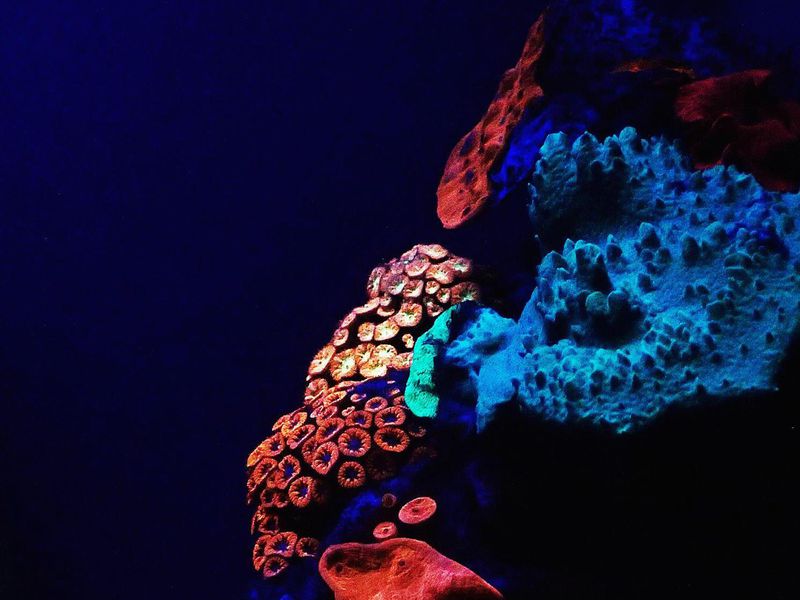 These glowing corals live deep in the Red Sea

Shallow corals emit green light as a kind of sunblock to protect them from the harsh radiation of the sun. But in a new study in the journal Proceedings of the Royal Society B, scientists reveal that their deep-water counterparts glow in an attempt to absorb the scant light at the bottom of the ocean.

In an inverse of what happens in shallower waters, the deep-water corals must absorb as much light as possible to allow their zooxanthellae the tiny symbiotic algae that give corals their brilliant color and energy to make food through photosynthesis.

Once light gets down to the corals, they have to modify it to promote photosynthesis. This modification is necessary because the blue light that makes it to the ocean floor isn’t ideal for creating energy within the corals. Researchers discovered that the corals use a red fluorescent protein to turn the blue-hued light that reaches them at the bottom of the ocean into orange-red light. That newly colored glow allows the light to penetrate deeper into the tissues that contain zooxanthellae. The light then feeds the algae and spreads more efficiently throughout the coral.

Deep-water corals’ amazing capacity to modify what little light they do receive is impressive. But the new discovery undermines a long-held hope about a potential recovery option for the deep corals’ fragile, shallow-water cousins.

During coral bleaching events, high water temperatures cause shallow-water corals to expel their zooxanthellae. As a result, they lose their color and become more vulnerable to disease and death. In the past, scientists have suggested that shallow-water corals might be able to migrate or find refuge in deeper, cooler waters.

But the new discovery suggests it won’t be that simple. “Corals need special features to adjust to life in these low-light depths for the benefit of their vital photosynthetic partners,” says Jörg Wiedenmann, who co-authored the paper, in a press release, “and not all shallow water corals might be able to use this escape route.” Given the fragility of shallow-water reefs, it makes more sense to work to preserve them where they are now than hope for a great migration.