Mars is, largely, a cold, dead world. There’s still some water left at the poles and in the thin air, but for the most part Mars appears quite dry. It wasn’t always this way, however. Billions of years ago, scientists think, Mars was covered in water—peppered with lakes, or maybe even large oceans. 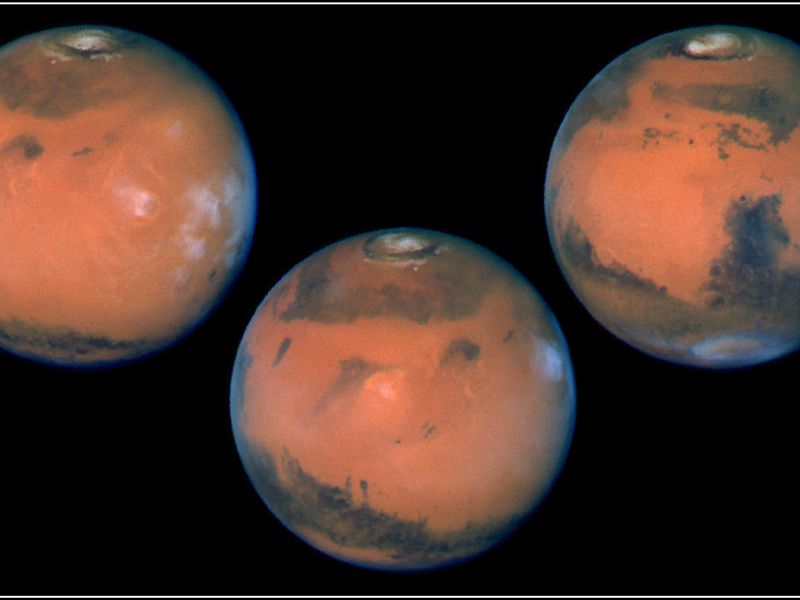 Yet today most of that water is gone. Researchers think that over the past few billion years the red planet’s water was probably blown off into space, carried away by the solar wind with the planet’s disappearing atmosphere. But new evidence drawn from meteorites here on Earth chunks of Mars that had been blasted into space suggests that Mars might also have vast underground reservoirs.

“While recent orbiter missions have confirmed the presence of subsurface ice, and melting ground-ice is believed to have formed some geomorphologic features on Mars,” says NASA in a release, “this study used meteorites of different ages to show that significant ground water-ice may have existed relatively intact over time.”

The concept of a vast subsurface reservoir of water wouldn’t be unprecedented. On Earth, we have lots of groundwater. But we also may have something else: a whole second ocean, with as much water as there is on the surface, chemically bound to minerals deep within the Earth’s mantle.

The Martian underground water, says Universe Today, could come in either of these forms. There might be big pockets of underground ice, or there may be a lot of water chemically bound to rock beneath the surface. You wouldn’t need to go all the way down to the mantle to find it, says NASA the water would be bound to the crust.

There’s a big gap roughly a 10-fold difference between how much water Mars seems to have now and how much researchers think it used to have, says Universe Today. The confirmation of underground reservoirs could help close the case of the “missing Martian water.”