Reservoirs, dams and irrigation systems have shifted global patterns of water scarcity over three decades, “causing a distinct pattern of beneficiaries and losers”, according to recent research.

The study, published in June in Nature Communications, shows that these interventions have increased water availability for much of the global population, but also created scarcity that mostly occurs downstream. 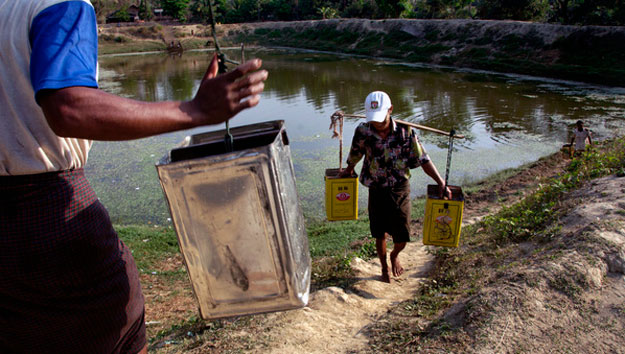 The researchers say it is the first to provide a global accounting of regional and local water impacts caused by human intervention, and whether it has led to a reshuffle of water scarcity hotspots.

Using five global hydrological models, they examined the evolution of water availability, demand and scarcity globally from 1971 to 2010. They say their method produces scarcity estimates that are more realistic — and greater — than those produced by previous approaches.

According to Ted Veldkamp, lead author and researcher at Vrije Universiteit in Amsterdam, the Netherlands, over a third of the world’s population was affected by changes in water availability during the study period.

“It’s common sense that taking water out of a river will leave less for those people downstream,” says Veldkamp. “But, it’s not so straightforward. Seasonal changes in precipitation and water storage make it difficult for modellers to estimate water availability and impacts of interventions.”

He added that the effects of climate change can be “difficult to tease out from other impacts like human activities”.

According to Veldkamp, the bottom line of the study is that human interventions — irrigation, dams, reservoirs, water withdrawals for domestic and industrial purposes, changes in land use and land cover — bring about drastic changes to water scarcity.

“Downstream decision makers have the responsibility to look up,” Veldkamp points out. “In an ideal case, both players would [work together to] try to optimise their stakes and come to an optimal allocation of fresh water resources that serves their collective needs best.”

“The study is an excellent example of how fast growing global data availability can help to understand the potential upstream–downstream conflicts in data-poor regions, such as large parts of Africa and Asia,” says Matti Kummu, professor at the Water and Development Research Group at Aalto University, Finland.

“National and international river basin organisations can use the results to have objective, scientific knowledge of the potential impacts of upstream water use to better negotiate treaties between the interest groups,” adds Kummu.