The American photographer managed to make a unique photo that shows how plastic debris pollutes the ocean. In the photo a small sea horse clings its tail behind a cotton swab. 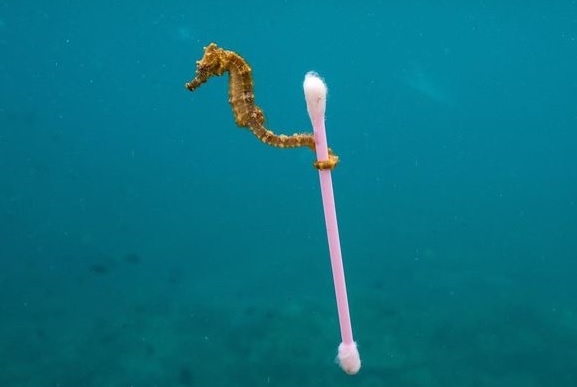 The author of the photo, Justin Hoffman, is not only a photographer, but also an ecologist. He shot the sea horse during the Sea Legacy expedition in the Indian Ocean, off the coast of Sumbawa Island (Indonesia).

As the photographer said, during the dive, he first drew attention to plastic debris floating in the water. Then he saw a tiny seahorse, which was clinging to the seaweed for its tail, but soon switched to a cotton swab. Obviously, it was thrown out by tourists who had a rest in this paradise.

Justin hopes that his work will force the inhabitants of the planet to reconsider their attitude to the problem of plastic in the oceans.