Why Cape Town Is Running Out of Water, and Who’s Next

The South African city plans to shut off the taps to 4 million people. But it’s just one of many cities around the world facing a future with too little water. 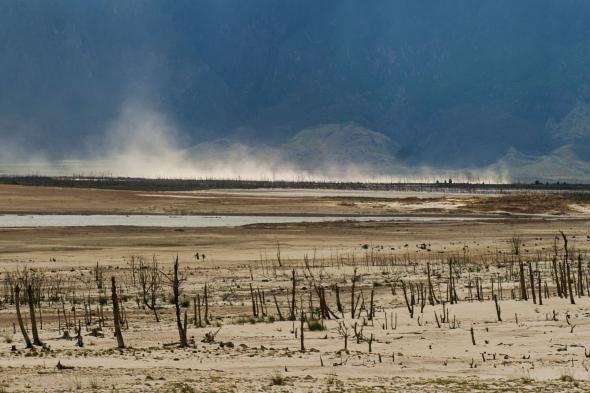 HOW CAPE TOWN IS COPING WITH ITS WORST DROUGHT ON RECORD

Editor’s Note: Since this story was first published on February 2, the “Day Zero” when Cape Town is set to turn off its water supply has been moved back several times, first to May, and then even later. As of March 5, the day was set for July 15. The city has gotten “a slight reprieve” thanks to area fruit growers using up their annual water allocation, making more available for the city, and some water routing and conservation measures.

By summer, four million people in the city of Cape Town—one of Africa’s most affluent metropolises—may have to stand in line surrounded by armed guards to collect rations of the region’s most precious commodity: drinking water.

Population growth and a record drought, perhaps exacerbated by climate change, is sparking one of the world’s most dramatic urban water crises, as South African leaders warn that residents are increasingly likely to face “Day Zero.” That’s the day, previously projected for mid-April but now mid-July, when the city says it will be forced to shut off taps to homes and businesses because reservoirs have gotten perilously low—a possibility officials now consider almost inevitable.

“The question that dominates my waking hours now is: When Day Zero arrives, how do we make water accessible and prevent anarchy?” says Helen Zille, former Cape Town mayor and the current premier of South Africa’s Western Cape province, in a guest newspaper column publishedearlier this winter.

For years, a shutdown of this magnitude in such a cosmopolitan city had been almost inconceivable. But as overdevelopment, population growth, and climate change upset the balance between water use and supply, urban centers from North America to South America and from Australia to Asia increasingly face threats of severe drinking-water shortages.

Nowhere has that threat seemed to come on faster and catch more by surprise than it has in Cape Town.

“I’m afraid we’re at the 11th hour,” says South African resource-management expert Anthony Turton. “There is no more time for solutions. We need an act of God. We need divine intervention.”

The situation seems to be worsening by the day.
The city is prepping 200 emergency water stations outside groceries and other gathering spots. Each would have to serve almost 20,000 residents. Cape Town officials are making plans to store emergency water at military installations, and say using taps to fill pools, water gardens, or wash cars is now illegal. Just this week, authorities stepped up water-theft patrols at natural springs where fights broke out, according to local press reports. They’re being asked to crack down on “unscrupulous traders” who have driven up the price of bottled water.

For months, citizens have been urged to consume less, but more than half of residents ignored those volunteer restrictions. So earlier in January, the city requested even steeper cuts, asking residents to consume just 50 liters per day—less than one-sixth of what the average American uses. If consumption doesn’t drop steeply and quickly, city officials warned this week, everyone will be forced into Day Zero, where all will have to live on far less—about 25 liters a day, less than typically used in four minutes of showering.

“I’m not sure if we’ll be able to avert Day Zero,” says Kevin Winter, lead researcher at an urban water group at the University of Cape Town. “We’re using too much water, and we can’t contain it. It’s tragic.”

Says David Olivier, a research fellow at the Global Change Institute at South Africa’s University of the Witwatersrand, “The fundamental problem is the kind of lifestyle we’re living. There’s almost a sense of entitlement that we have a right to consume as much as we want. The attitude and reaction of most posts on social media is indignation. It’s ‘we pay our taxes’ and therefore we should be as comfortable as possible.”

THE COMPLICATIONS OF CLIMATE

The path to Cape Town’s crisis is both typical—and not.

Much like southern California, South Africa is arid, but Cape Town’s most recognizable land mass, Table Mountain, traps onshore breezes coming off warm ocean waters, creating local rains that power rivers and fill underground aquifers. It is an oasis surrounded by desert with a Mediterranean climate. Its beauty has driven populations skyward and brought increasing wealth and prosperity. There are pools and water parks and wineries and lush gardens, though even as the city modernized, hundreds of thousands still live in impoverished settlements. Unemployment tops 25 percent. 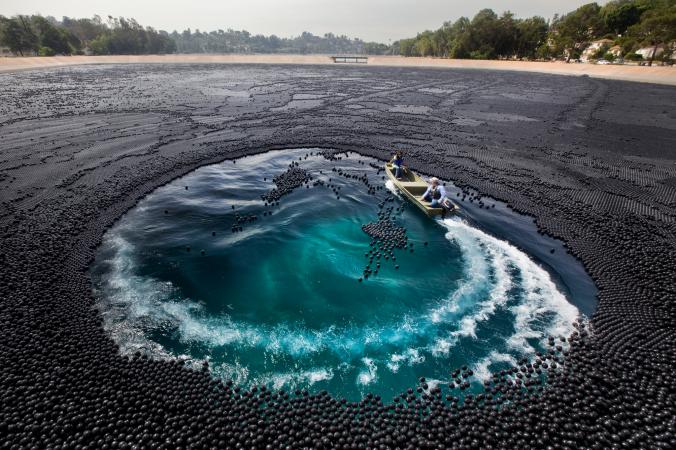 Over the last 20 years, the city recognized some of the increased threat. It made strides in reducing water use from its six major reservoirs, which hold up to 230 billion gallons of water. Per capita consumption declined, the city reduced leaks, it forced large users to pay more, and generally promoted water efficiency, says Winter. Cape Town won several international water management awards. It even tries to shame top water users by publishing their names. 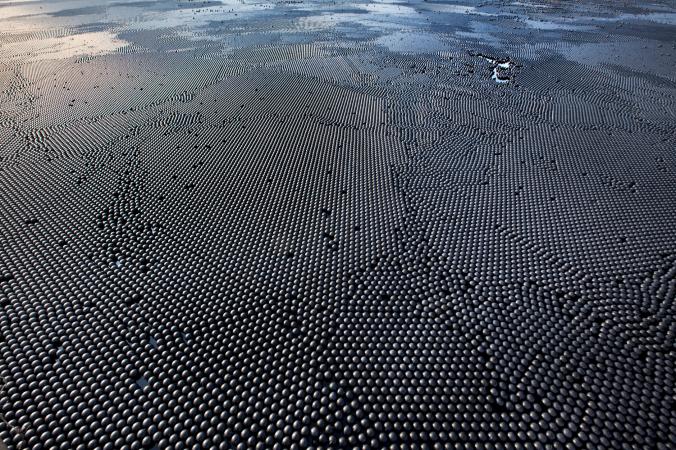 But officials also made an increasingly common mistake: They assumed future rainfall patterns would resemble the past, or at least not change too quickly. 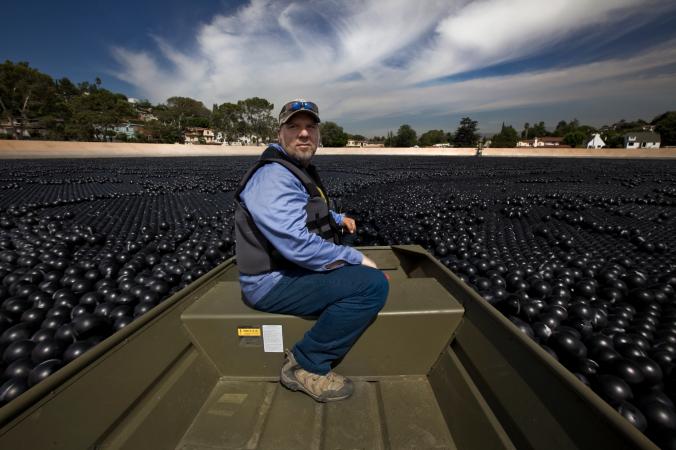 “It’s like driving a motor car and looking in the rear-view mirror,” Winter says. “They solved the old problems, but they didn’t recognize the risks ahead. Now here comes the juggernaut.” 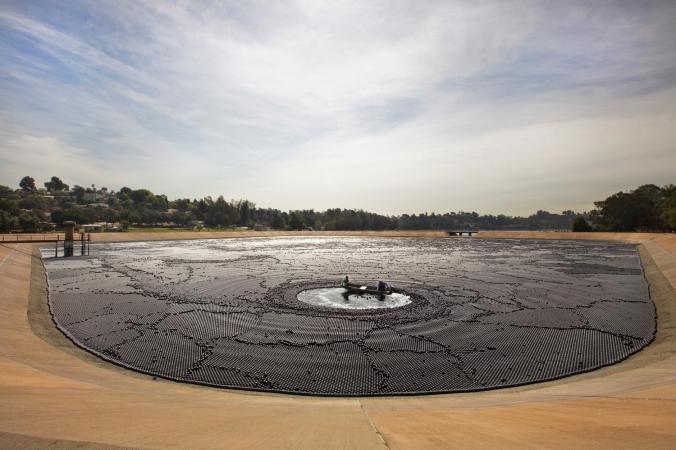 A decade ago, the city was told that population growth and shifts projected to come with climate change—drier, hotter weather, with less winter rainfall, and reduced stream flows—would require it find additional water sources. 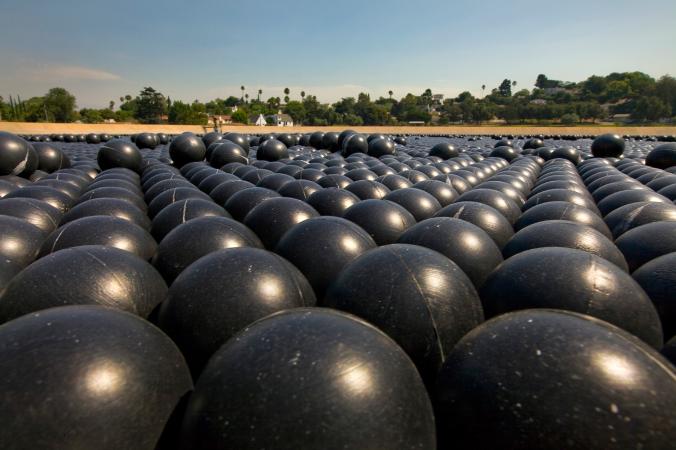 “They were warned, but those warnings were not enough to shift attention from schools or hospitals or all the other things on the agenda,” Winter says.

In the end, the dangers came suddenly. In 2014, the six dams were full, but then came three straight years of drought—the worst in more than a century. Now, according to NASA data, reservoirs stand at 26 percent of capacity, with the single largest, which provides half the city’s water, in the worst shape. City officials plan to cut the taps when the reservoirs hit 13.5 percent.
While it’s not clear how much of the current dry spell is driven by natural variability as opposed to climate change, “it’s clear our current system is no longer reliable enough,” Olivier says. “We may not have another drought like this for a few decades. But extreme events are only going to become more common.”
And consequences could be felt in many other places across the globe.

OTHER WORLD CITIES AT RISK

Already, droughts in recent years have helped spark famine and unrest in rural nations around the Arabian Sea, from Iran to Somalia. But water crises are also threatening massive cities around the world.

Already, many of the 21 million residents of Mexico City only have running water part of the day, while one in five get just a few hours from their taps a week. Several major cities in India don’t have enough. Water managers in Melbourne, Australia, reported last summer that they could run out of water in little more than a decade. Jakarta is running so dry that the city is sinking faster than seas are rising, as residents suck up groundwater from below the surface.

Much like Cape Town’s fiasco, reservoirs in Sao Paulo, Brazil, dropped so low in 2015 that pipes drew in mud, emergency water trucks were looted, and the flow of water to taps in many homes was cut to just a few hours twice a week. Only last-minute rains prevented Brazilian authorities from having to close taps completely.

“Sao Paulo was down to less than 20 days of water supply,” says Betsy Otto, director of the global water program at the World Resources Institute. “What we’re starting to see are the confluence of a lot of factors that might be underappreciated, ignored, or changing. Brought together, though, they create the perfect storm.”

Competition for water is increasing, as population growth drives demand for drinking water and agriculture and as countries become more affluent. In fact, cities aren’t always even aware that the water they think they can count has been claimed or polluted or is being consumed by other users.

Meanwhile, climate change is causing wider swings in weather, with more intense storms and more extreme events. “Think of southern California’s record snowpack after five years of drought followed by more drought—such swings are likely to be the new normal,” she says.

At the same time, as with Mexico City or Jakarta, infrastructure is often inadequate. Water management is unsanitary, leaky, polluted by heavy metals, or not sufficient to deliver enough supply to support demand. “It’s simply not up to the task,” Otto says.

Often the failure is about money, but there are almost always political dynamics at work, too.

“Frankly, where it gets dangerous is the inability of our political institutions to keep up,” says Geoff Dabelko, associate dean and director of the environmental studies program at Ohio University. “The overriding story of the coming decade is going to be about how well our institutions deal with the increased rate of change.”
In South Africa, the ruling African National Congress and the Democratic Alliance, the opposition party that runs the city, each have some responsibility for maintaining or administering water. Experts suggest that each made fundamental missteps.

“Both believed that this would be a short-term drought and that things would return to normal at some point,” Turton says. “But climate change is a factor now, and it’s only begun to dawn on them how much the demand for water will just keep increasing.”
For the moment, the region is scrambling to bring new supplies on line. Four new desalination plants are under construction. New water wells are being drilled and a plant that would reuse effluent is being built. Most of those projects are more than half completed.

All but one, however, is behind schedule, as city leaders push to at least get something up and running soon.

“Residents of Cape Town are very surprised by how dramatically the situation has escalated, says Magalie Bourblanc, a public policy analyst specializing in resource management at South Africa’s University of Pretoria. “But I think people are realizing very quickly just how bad the situation could be.”