We do not often think about what happens after it rains, after we run the dishwasher, after we flush the toilet, or after a business uses water for production. For most of us, bulky and unattractive water infrastructure, such as storm sewers and storage tanks, are conveniently buried underground—out of sight and out of mind. 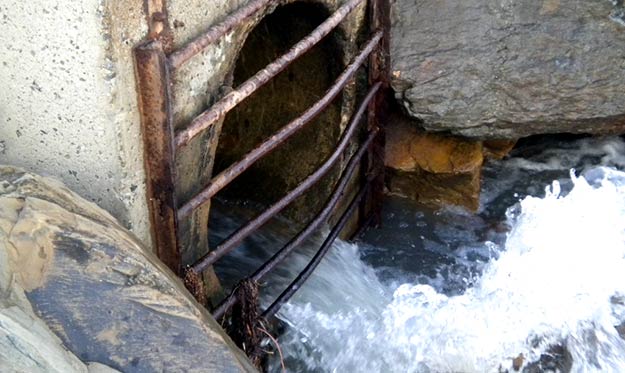 Congress should advance legislation that will address the nation’s neglected water infrastructure. Our economy, our environment, and public health will benefit.

Yet our policy and investment decisions regarding how we manage and treat polluted runoff—also referred to as stormwater—and wastewater deeply affect our environment, health, and economy. Clean water supports a $50 billion per year recreation industry, $225 billion in coastal tourism, and $29 billion in commercial fishing, as well as billions of dollars in manufacturing and support services. For every $1 billion invested in clean water infrastructure, we create between 10,000 and 15,000 jobs.

For too long, Congress has neglected water infrastructure, and the cost of inaction has been high. A few numbers will help bring the problem into stark relief.

According to the Environmental Protection Agency, or EPA, more than 72,000 miles of rivers are polluted by pathogens, which is a polite way of saying heavy bacteria loads resulting from the presence of human and animal waste. Raising livestock produces 500 million tons of manure each year—approximately three times the waste produced by people. More than 6 million acres of lake and reservoir water are polluted with mercury and polychlorinated biphenyls, or PCBs—much of it the result of industrial waste, which causes cancer and other immune system disorders—or they are fouled by nitrogen and phosphorus from farm runoff. The same fertilizers that help crops grow also provide nutrients to algae, causing large blooms that drive down oxygen levels, which kill fish and other aquatic life.

Water pollution is often broken into two categories: wastewater and stormwater. Wastewater comes from households, industries, and businesses on a daily basis from personal use and economic production. Local water authorities treat wastewater according to standards set by the federal government before it can be released back into the environment.

Stormwater runoff, on the other hand, is generated when rain flows over land, streets, parking lots, and buildings (in intensively developed urban areas, these impervious surfaces can cover more than half of all land area), accumulating trash, chemicals, sediment, and other pollutants. Polluted runoff is managed by two different types of systems: combined sewer systems and separated systems. In combined sewer systems, which are more common in older urban areas, stormwater runoff and wastewater are collected in the same pipes and then routed to a wastewater-treatment plant. In separated systems, stormwater and wastewater pipes are separate with wastewater going to a treatment plant and stormwater runoff released directly into local waters without treatment.

These disturbing statistics have real-world impacts. Research by the Centers for Disease Control, or CDC, shows that thousands of people are infected by water-borne illness each year at an economic cost of more than $500 million in medical bills and lost productivity.

Underinvestment and a lack of urgency in Washington, D.C., have created a massive backlog of repair and expansion projects nationwide, leading to a slow-motion environmental and infrastructure disaster. In 2008, the EPA conducted a comprehensive survey to determine wastewater-infrastructure needs over the next 20 years. The conservative estimate was $298 billion. In many cases, local residents are simply not able to cover the cost of repairing or upgrading old facilities through monthly fees. In many communities, water bills only cover drinking water and sewer services, leaving stormwater management critically underfunded.

Industry association data show that monthly charges for clean water infrastructure have outpaced inflation significantly in the past 25 years. In many cases, public managers have stretched their bonding capacity to the limit and repeatedly called on system users to pay higher rates. Smaller communities are often at an even greater disadvantage due to difficulties accessing financing through the municipal-bond market.

Federal grants and loans have traditionally focused on improving water quality through upgrades to wastewater-treatment plants and enforcement of secondary treatment requirements. This approach has succeeded in reducing pollution levels compared with what they were prior to enactment of the Clean Water Act in 1972. Unfortunately, secondary treatment is inadequate. Under current requirements, secondary treatment does not significantly remove harmful pollutants such as nitrogen, phosphorus, ammonia, metals, and other synthetic and organic compounds.

The federal government must expand funding and low-cost financing with a clear focus on promoting advanced treatment and cost-effective and sustainable approaches to watershed management. At the same time, Congress should encourage water authorities to follow the lead of cities such as Philadelphia and Milwaukee and expand their focus beyond treatment to include green infrastructure, water efficiency, and conservation.

Innovative green-infrastructure projects mimic the natural water cycle by capturing or slowing the flow of rainwater to allow for ground infiltration or evaporation. Examples of green infrastructure include permeable pavements, green roofs, infiltration planters, tree boxes, and rainwater-harvesting systems. These approaches are highly cost-effective because they reduce the total volume of water in need of expensive treatment.

Both the House and Senate are advancing water-infrastructure legislation this year—though with very different approaches to the problem. The Senate Water Resources Development Act, S. 601, would establish a new water infrastructure-financing authority—the Water Infrastructure Finance and Innovation Authority, or WIFIA. The new authority would provide up to $500 million in low-cost loans each year to eligible projects, including flood control, levees, damns, aqueducts, and energy efficiency, as well as drinking and clean water infrastructure. Project sponsors would have to provide a 20 percent match with WIFIA financing covering no more than 49 percent of the total project cost. In addition, projects must have a total cost of at least $20 million—$5 million in rural areas. The local match and project-size requirements may prevent many water agencies from seeking WIFIA financing, pushing the majority of funds to flood-control and retention projects.

The House Water Quality Protection and Job Creation Act, H.R. 1877, would provide additional financing through the existing clean water statewide-revolving funds, commonly referred to as the clean water SRFs. Under this approach, the EPA administrator would provide financing directly to the statewide-revolving fund, which would in turn lend to local projects. The House bill authorizes up to $10 billion per year in financing exclusively for clean water infrastructure with no project-cost minimum or local match requirement. The measure also expands eligible projects to include more green-infrastructure and energy-efficiency programs and extends repayment from 20 years to 30 years.

In addition to expanding financing, Congress should allow states to forgive a larger share of revolving-fund loans, increase the share of funds dedicated for green infrastructure, and reward states and regions that prioritize watershed management, water efficiency and reuse, and lower energy consumption.

In short, Congress can no longer afford to view clean water through the narrow lens of treatment facilities alone. Achieving clean water goals requires embracing mitigation efforts and best watershed-management practices along with advanced treatment. The most cost-effective gallon of clean water is one that never has to be treated because of water use-efficiency gains or green infrastructure that captures stormwater before it can produce harm.

This year, Congress has a chance to advance legislation that will strengthen our economy and better protect the environment and public health. It should embrace this opportunity.