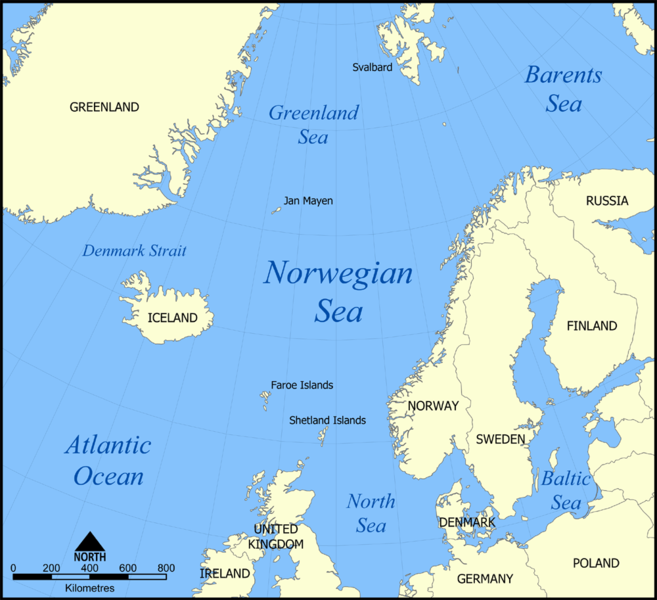 The Denmark Strait sits between Greenland and Iceland.

Buried far underneath the water’s surface in the Denmark Strait between Greenland and Iceland hides the largest waterfall known to man. Underwater waterfalls, known as cascades—or, when they’re really big, cataracts—exist when cold and warm water meet. The molecules in cold water don’t move around much, so they stay close together and make the water denser than warm water, whose molecules tend to buzz around and leave more space between them. That makes cold water sink straight down through warm water, creating a steady and consistent flow.

The water coming from the Greenland Sea is Arctic cold, literally. When it enters the warmer water in the Irminger Sea, it drops 11,500 feet straight down, flowing at 175 million cubic feet per second. That absolutely annihilates any records on the surface—Angel Falls is only 3,212 feet high; Inga Falls flows just shy of a million cubic feet per second. Sure, it is slower—cold water falls through air much faster than it can sink through warm water—and it is, again, underwater, but does that make it any less of a waterfall? 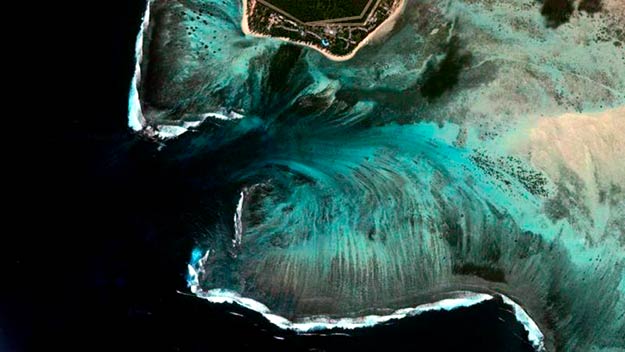 Looking Toward the Future

The Denmark Strait Cataract and other cataracts like it aren’t just natural oddities. They’re part of a delicate ecosystem, and many are relied upon not only by commercial fishing crews, but deep-sea creatures that depend on them for their constant flow of nutrients. With evidence of climate change negatively affecting other underwater currents, and given the fact that its flow is so reliant on temperature, its future and the future of those who rely on it is shaky at best.