Is Tap Water Safe? Here’s How To Tell

As many as 63 million Americans may be consuming dangerous H20. 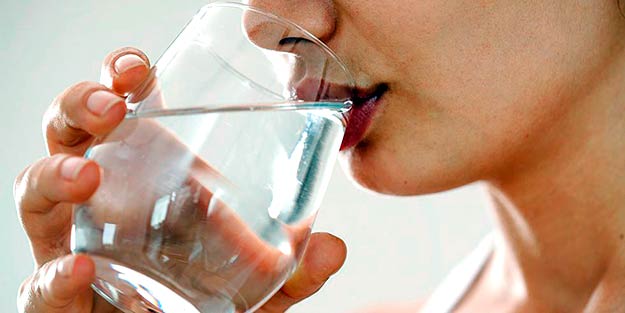 Water. It hydrates you, powers you through workouts, and makes up 65 percent of your body. But lately, you may have some concerns.

Last year, chemical sludge from a shoe manufacturer was found in the tap water of Plainfield Township, Michigan. The area lies about 120 miles from Flint, where, in 2015, dangerous levels of lead were found in the city’s drinking supply. Experts soon linked the tainted water to local outbreaks of Legionnaires’ disease (a severe form of pneumonia). More than a dozen people died, fertility rates plummeted, and the toll on countless children’s future health might not be known for a generation.

Michigan isn’t the only state with water worries. The Natural Resources Defense Council (NRDC), a nonprofit environmental advocacy group, found that in 2015 (the most recent year available), one-quarter of Americans drank water from systems that violated rules set by the Safe Drinking Water Act. (And that doesn’t include the more than 13 million private well systems exempt from federal safety requirements.) Scores more municipalities operate on leaky, lead-laden infrastructure. At least 6 million city water pipes in the U.S. are made of the metal, which is so dangerous there is no acceptable safe level, and many local governments have thin budgets for replacement, says Erik Olson, director of health and food at the NRDC.

It’s not just bad plumbing that could be junking up your faucet’s flow. Some lakes, rivers, and groundwater are polluted by worrisome levels of natural compounds like arsenic, human-made chemicals, and agricultural runoff such as animal waste, fertilizers, and pesticides. The treatment plants designed to remove contaminants don’t always operate up to par (most use century-old technology). Sometimes residents aren’t immediately told when issues are found. 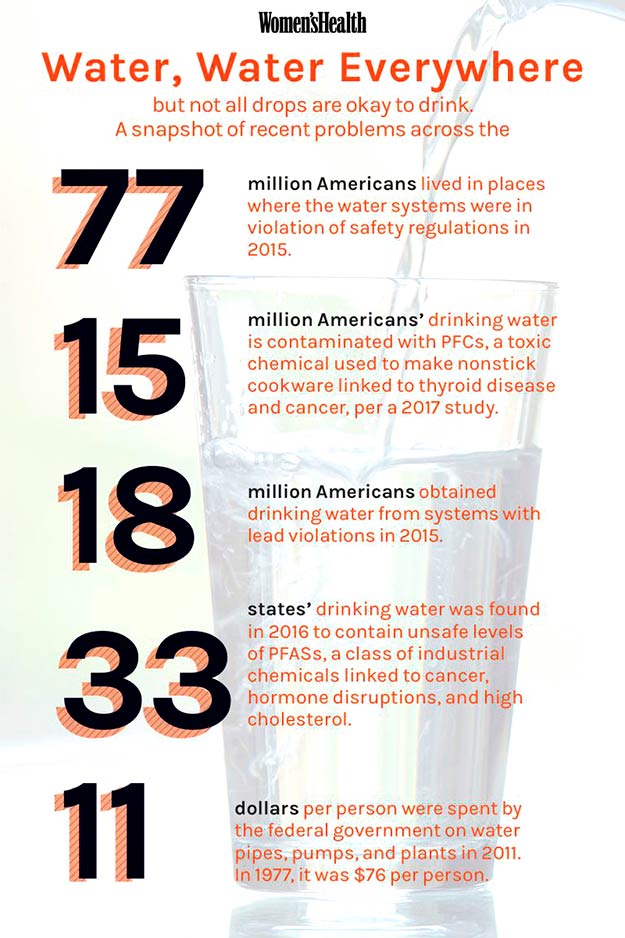 The Trump administration has vowed to replace municipal pipes to combat lead levels but also plans to repeal the Waters of the United States rule, which defines which U.S. waterways are protected under federal law. Environmentalists say this move could strip protections from some drinking water sources. But you’re far from powerless. Protect yourself by taking these steps.

1. READ YOUR WATER REPORTS
Plug your zip code into the Environmental Working Group’s Tap Water Database(ewg.org) or request a report from your local water utility. Flummoxed by all those chemical names? Want to know what’s being done to correct violations? Ask your provider. They’re usually happy to explain, says Mark H. Weir, Ph.D., an assistant professor of environmental health sciences at The Ohio State University in Columbus.

2. KNOW YOUR CITY’S PIPES
Especially those that serve your house. Your city water department can tell you whether you have lead service lines, but if your home was built in the late ’80s or after, the chances you have them are relatively low, says Weir. 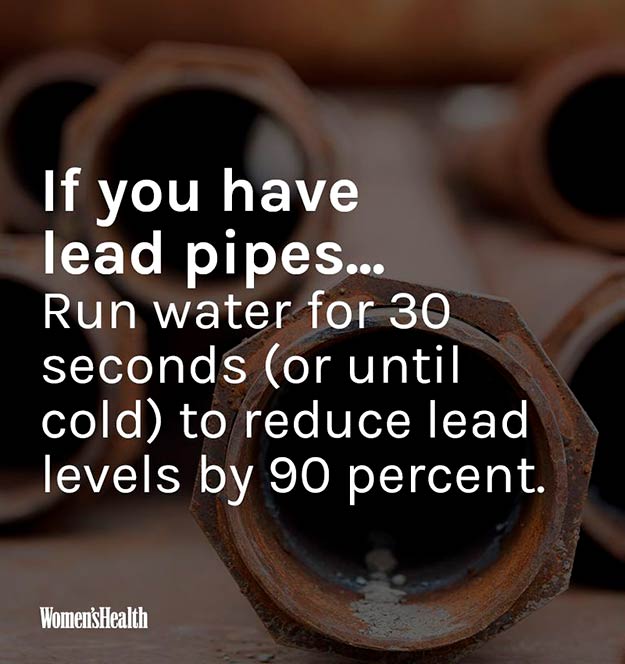 3. LIMIT LEAD
If you do have lead pipes, run water for at least 30 seconds (or until it’s cold) before drinking it to flush out liquid that’s been sitting in them (doing so can reduce lead levels in water by 90 percent); drink and cook only with cold H20 (the metal dissolves more easily in hot water); clean your faucet’s filter screen every few months; and. . .

4. FILTER, FILTER, FILTER
Look for a unit that gets rid of the specific contaminants found in your area, and change the filter according to the manufacturer’s recommendations. Expensive filtration systems will sift out everything, Olson says, but may not be necessary if your water has only one or two chemicals of concern.

5. TEST YOUR H2O
You can buy at-home kits at hardware stores, but the most reliable results come from state-certified labs (find one at epa.gov/safewater), which charge around $100. If you drink from a private well, have your water analyzed once a year—sooner if you have experienced a flood or if your water looks, smells, or tastes different.

6. BUY THE BEST BOTTLED
According to an NRDC report, about 25 percent of bottled water is actually tap water, which may or may not receive further treatment. A seal from NSF International signals the product has been independently tested and certified for quality.

7. CALL ON CONGRESS
“A lack of funding means the Environmental Protection Agency has very limited means to research what the emerging contaminants are, how to address them, and how they impact public health,” says Weir. Urge your state representatives to support HR 1068, a bill that would mandate stricter standards on contaminants and provide grants for updating aging service lines.

8. . . .AND LOCAL LEADERS TOO
Attend public budget meetings and ask your city reps to include water systems in any new infrastructure funding.

This article originally appeared in the April 2018 issue of Women’s Health Magazine. For more great advice, pick up a copy on newsstands now!