Scientists Now Know Exactly How Lead Got Into Flint’s Water

For decades, the pipes that brought water to LeAnne Walters’ house did their job unnoticed and safely. But in summer 2014, that changed. 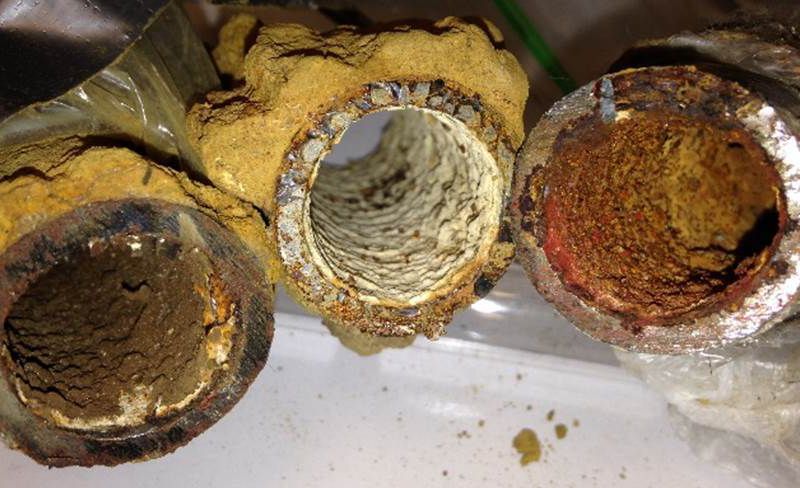 Three People Hit With Criminal Charges Over Flint Water Crisis
Suddenly, Walters found that the water spewing out of her faucets was discolored and foul-tasting; her son would come out of the bath with alarming rashes. After meticulously sampling her house’s water and testing it with at-home testing kits, Walters discovered that it had lead levels far higher than those considered safe. The chemistry of the water flowing through her pipes had changed profoundly—with toxic results.

Walters tried to contact city and state officials for guidance, but was mostly ignored. That’s when she reached out to Marc Edwards, an engineer at Virginia Tech University who studies water treatment and aquatic chemistry.

With Walters’ assistance, Edwards and his team conducted the first major study showing that lead levels in the water of more than a hundred of the city’s homes exceeded safe levels in 2014. For a new report, published yesterday in the journal Environmental Science and Technology, Edwards’ team returned to “ground zero” and used chemical analysis of water samples to see just how deep the contamination in Walters’ home ran.

The team concludes that that avoiding lead contamination may require far more work than some think—and may even necessitate a nationwide overhaul of America’s outdated plumbing. 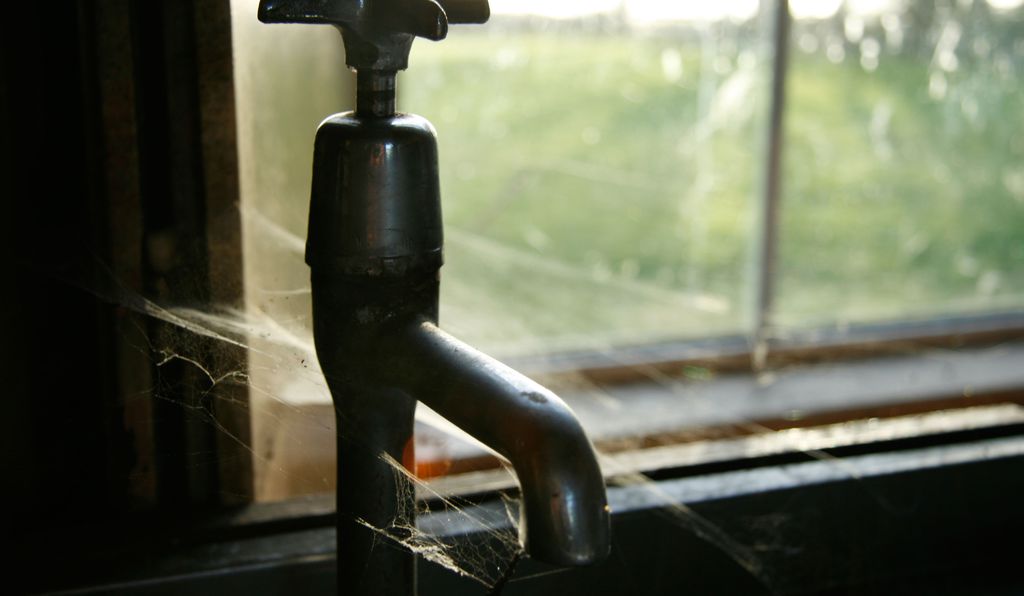 An in-depth chemical analysis of water from the “ground zero” house in Flint’s water crisis finds that corrosion is to blame. (Tadhg / Alamy)

The root cause of the Flint lead crisis was corrosion, the new study confirms. For 50 years, Flint had purchased its water from Detroit, its neighbor 70 miles to south. However, in 2014, the cash-strapped city decided to end its agreement with Detroit and start pulling water from the Flint River until a new aqueduct was built. What officials didn’t seem to anticipate was the effect that the slightly more acidic water of the Flint River would have on the city’s pipes.

Furthermore, officials never used common corrosion control methods that Detroit and many other cities use in their water systems. Those methods include adding phosphates to the water, which help keep lead from dissolving into the water flowing through the pipes. When the city switched water supplies, this rust began to be stripped away, strongly discoloring the water and leaching the large amounts of lead from that rust into the water.

The corrosive water pumping underneath Flint quickly ate away at the protective layer inside the city’s old lead pipes, exposing bare lead to the water flowing through them. This lead was the source of the initial contamination, Edwards says. This is what happened in Walters’ house: According to the study, most of the lead appeared to come not from the lead pipe connecting her house to the main line, but from the protective rust that had built up on the house’s iron piping over the decades.

Flint switched back to using water from Detroit in October 2015, and is now adding extra phosphates to that water to help reduce lead levels. But these measures amount to just a “band-aid,” according to Edwards.

“Some people think, ‘If I get rid of the lead pipes, there’s no lead in my water,'” Edwards says. “[That’s] not true.” Definitively solving the lead pipe crisis will require more drastic efforts than just replacing existing pipes—it will require an expensive, time-consuming rehaul of the city’s entire plumbing system. Flint is now in the midst of an effort to replace the city’s thousands of lead pipes, but it’s unclear how long it will take or how much it will end up costing.

Haizhou Liu, an environmental engineer at the University of California at Riverside who studies corrosion and water quality, praised the study’s “careful sampling,” and said it shows how crucial phosphates are to controlling corrosion in water systems. More importantly, he says, it portends the future America faces with outdated water systems in the 21st century. “In my opinion, the Flint story reveals the challenges to maintain our aging water infrastructure nationwide,” says Liu, who was not involved in this study.

While not a new revelation to experts, Edwards says this study exemplifies how lead from main service pipes can build up in the galvanized iron pipes used inside and outside of many American houses built before 1987, and leach from those pipes into the water even after the lead pipes are gone. Using samples taken by Walters in January 2015 and sections of the iron pipe that connected Walters’ house to the lead service pipe, Edwards was able to pinpoint the contamination patterns.

Curt Guyette, an investigative reporter with the Michigan branch of the ACLU who helped expose the lead crisis in Flint, profiled Walters in 2014 for a documentary on the city’s growing water problems. “There’s just a very severe lack of trust,” says Guyette about Flint residents’ current relationship with both their water supply and their government officials.

This suspicion isn’t limited to Flint. Guyette says that on his travels across the country, he’s encountered many Americans who now know and worry about lead in their own drinking water. “What this study does is only add to the evidence of how widespread the concern should be,” he says. Edwards is now working to study the efficacy of Flint’s citywide efforts to replace lead pipes, and says this study is just the first step in getting the full picture.

“A lot of work still needs to be done to better understand the origins of this manmade disaster,” Edwards says.

While Flint is also planning to replace galvanized iron pipes as well as lead pipes, Guyette says, there are thousands of cities across America where lead and iron pipes have been and are still being used together. While Walters had plastic pipes inside of her house, many older homes have galvanized iron pipes in their walls, meaning that removing any chance of lead contamination would take costly renovations.

“It kind of changes your perception of how to solve these problems,” Edwards says.