How to Solve the Global Water Crisis

The Real Challenges Are Not Technical, but Political 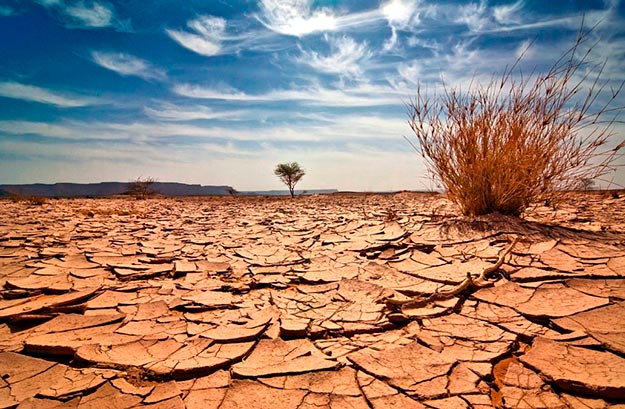 Few people would argue with the idea that the world has a serious problem with water. For the past several years, water has consistently been named as a leading risk in the World Economic Forum’s annual survey of global leaders, and newspapers worldwide are awash with stories warning of a water crisis. But a funny thing happens between the headlines: surprisingly little. Even in the case of Cape Town, which earlier this year proclaimed a water supply crisis that experts believed could literally cause taps to run dry, city officials blithely announced earlier this month that no emergency was imminent after all. So, is the world really facing a water crisis? The answer is yes—but not in the way most people think. The truth is, most of the world’s water woes can be solved with enough money and willpower. The real challenges are not technical or hydrological but political and ethical. The world’s water crisis, as it turns out, is really more of an existential one. But it’s one that poses plenty of real-world foreign policy challenges.

Broadly speaking, the world faces three separate water-related challenges that have each gotten much worse in recent decades. First, the world’s fresh water is very unevenly distributed, meaning that cities and farms often have to invest enormous resources in bringing it to where it’s needed. Because the world’s population is both growing and increasingly clustered in cities, it’s becoming more and more challenging to find enough water to grow more crops and at the same time fill more washbasins. This challenge is responsible for the overexploitation of many major rivers and ground-water aquifers worldwide.

Second, the hydrological cycle is fickle and often delivers either too much water, causing flooding, or too little, resulting in drought. While this pattern of flooding and drought is a perennial struggle for humanity, it has become more frequent and intense because of climate change, which is shifting both the magnitude and the seasonality of precipitation in many parts of the world.

Third, whatever water is available usually isn’t pure enough in its original state for human use. Lack of clean water is another ancient scourge, but the scale of pollution from industrialized societies, which produce vast quantities of pesticides, fertilizers, and heavy metals, has again made the problem much worse.

Although each of these problems is severe, technical solutions exist to help solve them that would allow most places to avoid a true water crisis. First of all, areas facing water scarcity can do much to improve their security of supply by using the water that they have more efficiently. An enormous amount of water used by both cities and farms is effectively wasted. In most cities, rain is simply channeled into sewers, but storm water can be recycled and reused—as can wastewater, which cities such as Singapore treat and use to meet some 40 percent of total water needs. Agricultural water use, meanwhile, can be made much more efficient by using precision irrigation, which gives crops exactly the right amount of water to maximize yield, and other water conservation technologies. Desalination from seawater, which is rapidly improving in efficiency, can protect coastal cities such as Cape Town from droughts, while using ground-water aquifers as natural reservoirs to store water during times of plenty can help farmers make it through periods of water shortage. Even very heavily contaminated water, moreover, can be purified—for a price. The problem is that all of these fixes are expensive, and at a global level, we have barely begun to answer the question of who should pay, and how much. 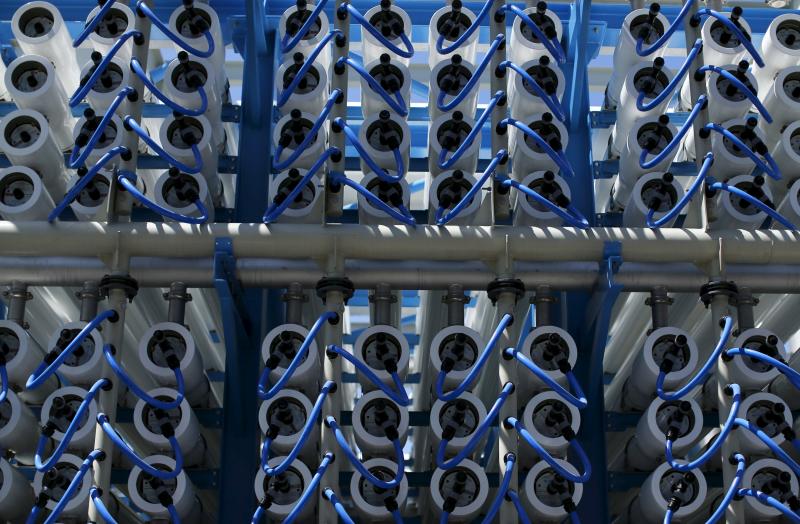 Most technical fixes to the world’s water woes depend in one way or another on persuading people to pay more for the water they use. Most cities simply can’t afford the massive capital investments in infrastructure for processes such as desalination without raising water prices for consumers. After building its massive Carlsbad Desalination Plant in 2015, for example, San Diego warned residents it may have to increase water prices by up to seven percent per year until 2019. Supplying clean water is also enormously expensive—meeting the United Nations’ goals to achieve universal access to clean water  and adequate sanitation is estimated to cost at least $114 billion per year. Moreover, solutions to some aspects of the global water crisis, such as reducing agricultural water use, will require behavioral change—something that higher prices are uniquely good at motivating. It’s no coincidence that many of the world’s most efficient water users, including Israel and Singapore, also feature some of its highest water prices. But although the economic case for raising water prices globally is strong, the political and ethical issues tied to doing so are much more vexing.

It’s no coincidence that many of the world’s most efficient water users, including Israel and Singapore, also feature some of its highest water prices.

In many societies, the provision of water for both drinking and agriculture is seen as a core function of the state, and one that should be provided either for free or at highly subsidized rates. Even today, urban drinking water and irrigation is subsidized in virtually every country, usually in the form of massive government subsidies for building canals, reservoirs, and pumping stations. Not surprisingly, politicians are loath to remove these subsidies for groups such as farmers that represent vital constituencies in many countries. The ethical case against raising water prices has also been strengthened by a campaign to recognize the indispensable role that water plays in maintaining human health and well-being by proclaiming a “human right to water,” which has gained the support of the United Nations and features in the Constitution of the Republic of South Africa. It’s both ethically and politically treacherous for policymakers to argue that people should be charged to exercise a human right. Putting a price on water also raises other issues, such as how to value the environmental, cultural, and aesthetic benefits that water provides. The water of the Ganges or the Nile, for example, possesses a value that is difficult to quantify.

Moreover, even if political leaders did suddenly decide to start raising water prices around the globe, it’s not clear how many could afford to pay. It’s one thing for relatively rich cities to raise water rates, but it’s quite another to ask places such as Cape Town, where over a third of the population lives in poverty, to pay more for arguably the most essential public service of all. Farmers, who account for the majority of water use worldwide, typically subsist on very low incomes, and raising water prices could increase rural unemployment and migration to cities, while possibly threatening food security. The problem is even worse for countries beset by a combination of severe water scarcity, poverty, and instability. For war-torn Yemen, whose bone-dry capital of Sanaa lies at an elevation of over 7,500 feet above sea level, the costs of supplying enough clean water are entirely prohibitive. This group of countries, which also includes the Sahel, Syria, and Jordan, embodies perhaps the purest example of the water crisis and presents the most acute challenge for foreign-policy makers. Indeed, Cape Town’s water woes may keep city officials busy for some time, but Yemen’s are occupying minds as far away as Washington.

Foreign-policy makers have good reason to be alarmed. Although Cape Town is unlikely to devolve into thirst-driven anarchy, as some feared as recently as a few weeks ago, in the worst-off countries the water crisis is set to breed considerable instability and migration. Without massive international intervention to end Yemen’s civil war and rebuild its water supply network, hundreds of thousands of Yemenis will likely have to move out of the central highlands within a decade or two. The same could be true for hundreds of thousands of refugees living in Jordan and possibly refugees in southwestern Iran. Meanwhile, Pakistan’s inability to provide adequate and dependable supplies of drinking water is widening fissures in the country’s already delicate political fabric, highlighted by a recent row over corruption and mismanagement in Karachi’s water system, and could cause its rupture. Similar dynamics may well play out in places such as Gaza, Libya, and Iraq.

What can Washington and other foreign capitals do to avert such a catastrophe? The first step is to recalibrate foreign-policy makers’ focus with respect to water. Much of the foreign-policy focus on water issues, including the United Nations’ Global High Level Panel on Water and Peace, has been on the risk of conflict between countries in shared river basins. Although diplomatically important, in reality the risk of such conflict is low. The most concerning implications of the water crisis from a foreign policy perspective stem from its ability to destabilize local and national politics. For the United States, as for most governments, this means integrating knowledge from aid, development, and intelligence agencies, which typically possess the best awareness of subnational politics. Such knowledge can help governments forecast large-scale population movements and other risks to foreign and security policy.

Second, governments need to phase out subsidies for the water sector that contribute to inefficient and wasteful water use. In many countries, this will mean ending government financing for large-scale irrigation and groundwater pumping. This will be politically perilous, but there is a precedent in the form of a global effort, led by multilateral institutions, to help countries phase out wasteful fuel and energy subsidies in a responsible way that doesn’t leave the poor high and dry. Innovative policy solutions to the problem of water affordability are emerging in places such as Philadelphia, for example, that can yield promising lessons for a wider global effort. Indeed, there is already a mechanism for building consensus on the need to value water differently, in the form of the United Nations High Level Panel on Water, which has pledged to tackle the issue of pricing, albeit delicately. Such reforms may also help attract private investors, which have long shown an interest in the water sector but are often deterred by its many inefficiencies.

Third and finally, the international community needs to initiate a serious discussion on how to help countries such as Yemen solve their serious water crises, which may well represent the difference between success and failure for fragile states. Here again, some promising initiatives are under way—Washington’s recent Global Water Strategy outlines a coherent vision to enhance its investments in water security in several fragile and water-scarce states. New technologies such as small-scale solar-powered desalination might also help. But at the end of the day, none of these initiatives are likely to succeed without significantly increased financing. Going forward, the real question for the world’s water sector isn’t how much blue, but rather how much green, flows into it.