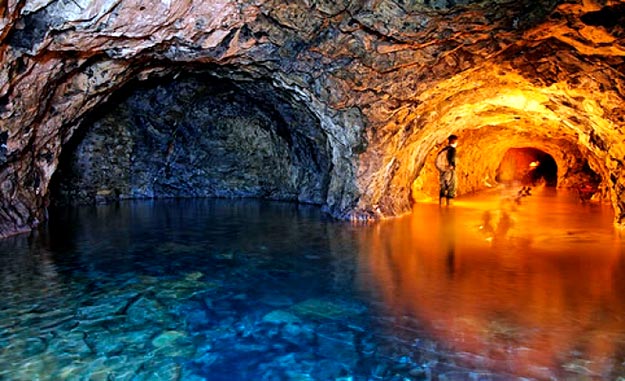 The research points to the success of aggressive conservation measures. It also helps to lay the groundwork for low-cost monitoring of subterranean water reserves in California and elsewhere in the world.

Underground stockpiles of water — housed in layers of porous rock called aquifers — are one of the world’s most important sources of drinking water. They sustain human populations in places from Silicon Valley to Beijing. Some 2.5 billion people on Earth rely on aquifers for water, and many of these repositories are being drained more quickly than they can be refilled, according to the United Nations Educational, Scientific and Cultural Organization.

Yet, keeping tabs on these precious reserves is expensive, says Estelle Chaussard, PhD, an assistant professor of geology in UB’s College of Arts and Sciences and the lead author of the new research.

“To monitor aquifers, you have to monitor water levels in as many wells as possible,” she says. “So if you have 300 wells in the area, you have to either have someone who physically goes there all the time, or instruments in each well that monitor permanently, which is very costly.

“We wanted to see if we could use a low-cost remote sensing method that doesn’t require ground monitoring to understand how our aquifers are responding to a changing climate and human activity.”

The research was published on Sept. 22 in the Journal of Geophysical Research. The team included Pietro Milillo and Eric J. Fielding from NASA’s Jet Propulsion Laboratory; Roland Bürgmann from the University of California, Berkeley; Daniele Perissin from Purdue University; and Brett Baker from the Santa Clara Valley Water District.

During the 2012-15 drought, the Santa Clara Valley Water District employed an array of conservation measures. These included restricting sprinkler use and asking customers to take shorter showers and convert lawns and pools into less thirsty landscapes. The district also imported water from outside the region.

Chaussard says these actions may have helped to stave off irreversible damage to the valley’s aquifer. She explains that when groundwater levels reach a record low, the porous clay in which the reserves reside can dry up so much that the clay can’t soak up water anymore.

The new study shows that this did not happen in the Santa Clara Valley. Due to intensive water management efforts, the Santa Clara Valley aquifer actually started to rebound by late 2014, when the drought was still going strong, the research found. Groundwater had returned to pre-drought levels by 2017.

Chaussard notes that this does not mean aquifers do not need protection: Urban, agricultural and other uses can overtax these basins even in times of abundant rainfall, and many of California’s aquifers are not adequately monitored.

The recent drought heightened awareness of the importance of groundwater, with the Sustainable Groundwater Management Act of 2014 requiring local and regional authorities to manage this resource sustainably for the first time in state history after decades of neglect. Chaussard says satellite tracking could provide an avenue for monitoring groundwater levels across California in near-real time, a key factor in preventing overuse.

“InSAR allows us to precisely measure small movements of the Earth’s surface over large areas,” Chaussard says. “Scientists have used it to measure surface deformation related to volcanoes and earthquakes, we expanded its use by applying it to tracking groundwater.”

She first employed InSAR to monitor aquifers in 2014, and says the method can work anywhere in the world where satellite data is available, including in developing nations with few resources for monitoring.

The technique marks an improvement over traditional methods because it allows scientists to gauge changes in water levels across a large region with great frequency. The data in the new study came from COSMO SkyMed, a constellation of four Italian satellites that provided information for the entire Santa Clara Valley aquifer as often as once a day.

“If you’re monitoring wells, even if you have lots of them, you are never going to have full coverage of what is going on,” Chaussard says. “Our method provides a more complete picture and helps fill in the gaps.”