What is the best solution to the problem of water security in Australia? Finding an answer to this question is no easy matter. There is still much we don’t know about the nature and impact of climate change on freshwater resources in Australia, and public opinion is divided about how best to tackle a problem that is not yet well understood. Ensuring ongoing water security is not simply a technical and environmental matter, but an inherently social one as well. 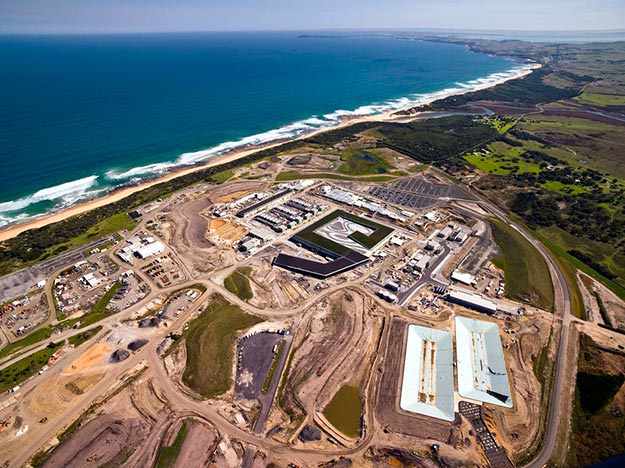 CSIRO’s State of the Climate Report 2012 suggests more frequent droughts in much of southern Australia. At the same time, wet periods may become more intense in some years. One thing is clear: climate patterns in Australia are changing and water resources planning must adapt accordingly.

All possible initiatives to ensure water sustainability have social ramifications and costs that need to be considered. This is true regardless of whether the option is water restrictions, rainwater tanks, dam expansion, water recycling, or desalination.

For example, one impact of water restrictions might be that playing surfaces in suburban sporting grounds become drier and harder, affecting the viability of weekend sporting clubs, their ability to pay insurance premiums, and ultimately, community health.

Consequently, we need social research to fill in the knowledge gaps and to ensure these impacts are taken into account in the decision-making process.

What about large-scale water infrastructure projects? In some parts of the country, dams and long-distance water pipelines have been considered. But both of these are costly, rely on rainfall, and significantly affect the rivers and lakes being diverted.

Two rainfall-independent technologies that have been explored more recently are water recycling and desalination, both of which rely on reverse-osmosis water filtration. Input water is held under high pressure on one side of a membrane; purified water crosses the membrane, but impurities do not.

However, this process uses energy. It can be monetarily and environmentally costly, although advances in membrane distillation using waste heat may change this. For these technologies to be feasible solutions, the public have to be comfortable with not only the quality of the water supplied to them, but the environmental and economic costs of delivering it. 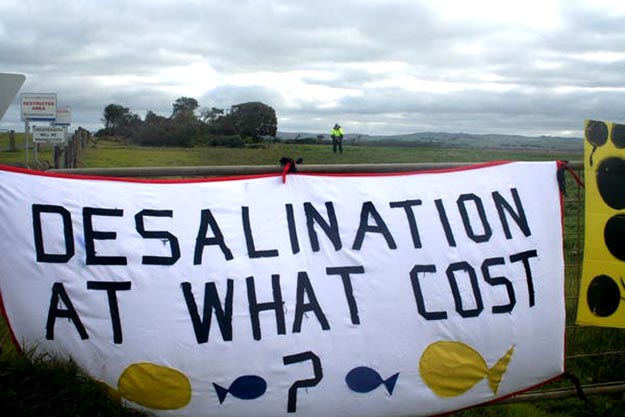 Lack of genuine consultation is the primary factor in community concern over government water decisions. Flickr/Takver

More respondents were supportive of desalination, as a technology, than were unsupportive. The report found significant variations in attitudes towards desalination around the country. Drawing on a national survey of over 3000 Australians, the study found that support for desalination was highest in Western Australia. Support was lowest in Victoria, particularly around the Wonthaggi region, where a desalination plant is currently under construction.

Community concerns, protests and legal challenges have arisen over environmental issues and the public-private partnership funding arrangements for the Wonthaggi desalination plant.

Wonthaggi respondents were dissatisfied with what they saw as inadequate public consultation. Local stakeholders argued that they had not been properly consulted, while the Government argued that there had been appropriate consultation measures.

A key problem lies in competing definitions and ideas about what constitutes “consultation”. Only 15% of survey respondents said they understood formal government consultation processes. Almost half felt these processes were ineffective. Respondents rated voting at the ballot box as the most effective means of getting the government to listen to community views.

Findings from the report show that a perception of genuine consultation is more important to the acceptance of government water decisions than either personal costs and benefits, or self-reported knowledge of desalination.

Conflict over implementing the Wonthaggi desalination plant illustrates what can happen when community expectations for consultation are neglected. Those who are seen to oppose progress or change are often dismissed by government as vocal minorities or NIMBYs (selfishly taking a “not in my backyard” attitude).

The standard response of governing bodies to public opposition – to educate and compensate – overlooks the more important need: better aligning stakeholder and government definitions of consultation.

We need to re-evaluate what consultation means. Without proper consultation that meets the needs of the public, opposition to large-scale water infrastructure will continue to complicate our ability to handle Australia’s water security problems.