Natural gas drilling operations are springing up both in the U.S. and the U.K., but opponents say that the industry is destroying groundwater and very seriously polluting the environment. After some residents living near natural gas drilling operations began noticing that their tap water was literally flammable, opposition groups in the U.K. started petitioning the government to stop the extractions until proper safety assessments are conducted. 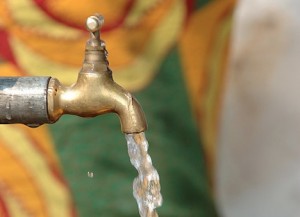 A recent report covered by NaturalNews highlights the destruction being caused in Pennsylvania by the natural gas industry as well. “Fracking” chemicals, or those used to extract natural gas from the shale, end up polluting nearby water sources, even despite efforts to prevent contamination. According to that report, at least 1.28 million barrels of industry waste go unaccounted for every year, which means they are now most likely somewhere in the natural environment (http://www.naturalnews.com/030941_n…).

According to a report from the Tyndall Center for the Cooperative, a group pushing to stop shale drilling for natural gas in the U.K., the chemicals used by the natural gas industry are highly toxic and have been implicated in causing cancer. And because explosives and other extraction methods are used in conjunction with such chemicals, some of the pollutants are most seeping into drinking water supplies.

“It’s like tar sands in your backyard, both in terms of local pollution and in terms of carbon emissions,” said Paul Monaghan, head of social goals and sustainability at the Cooperative, to the Daily Mail, referring to the high-polluting extraction of oil from the tar sand pits of Canada.

Opposition groups are simply asking that proper environmental impact investigations be conducted before further drilling takes place, in order to ensure that citizens are not being needlessly exposed to dangerous chemicals in their drinking water.

by: Ethan A. Huff
Source: http://www.naturalnews.com/